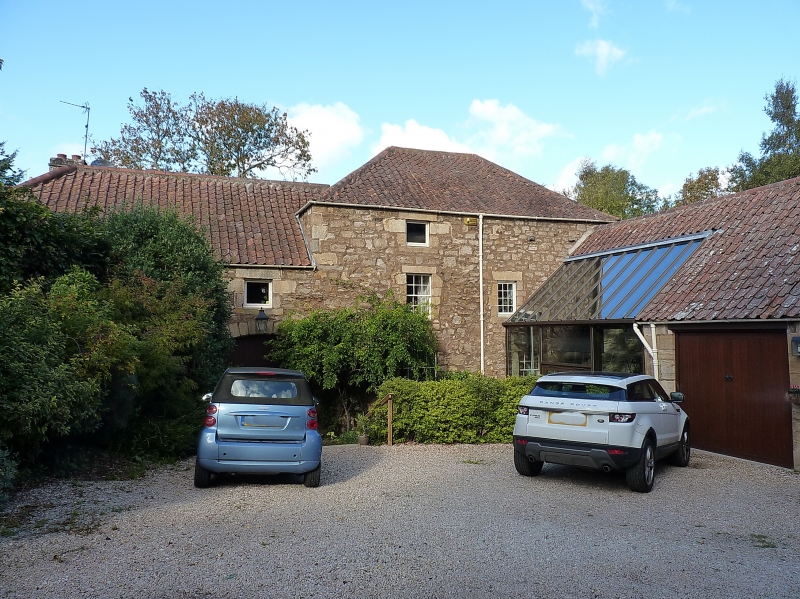 return bays. Site of mill wheel in outshot at east end. To south:

3 storey, 3 window part at right, with irregular fenestration and