A Category A Listed Building in North Isles, Orkney Islands 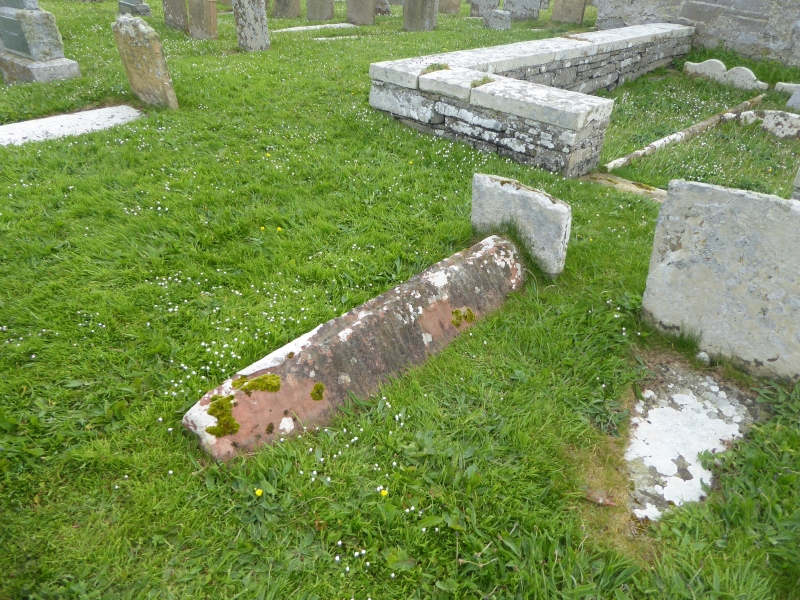 The below ground remains of the church and part of the surrounding burial ground including a 12th century hog-backed tombstone, are scheduled. See Scheduled Monument No 1484 for details.

Place of worship in use as such.

St Boniface Kirk on Papa Westray is a 12th century church, remodelled in the early 18th century church with a significant proportion of 12th century fabric surviving. The church and its grounds is one of the oldest Christian sites in the north of Scotland, and part of the development of an early centre of Christian worship on the island, potentially from as early as the 7th century. The outline of a former chancel archway is visible on the east gable and a blocked window with an arched head of medieval origin can be seen on the interior north wall.

A spatially separate chancel to the east of the nave is a characteristic of medieval church architecture, a liturgical requirement. By the eighteenth century these elongated proportions were not considered best suited to services in which preaching was predominant. Many medieval churches were truncated in order to make them easier to use. From the mid 17th century to the late 19th century, Papa Westray belonged to the Traill family. Around 1710, the west end of St Boniface was extended slightly to allow a gallery addition, and a stone forestair was added, probably using stone from the down-taken chancel at the east end. A family burial enclosure was built on the chancel foundations. The exterior of the church has remained largely unchanged since that time.

'St Boniface' refers to an 8th century saint who was traditionally a member of the Northumbrian mission to Pictland. 7th or 8th century incised cross-slab stones found in the St Boniface kirkyard (now housed in the National Museum and in Tankerness House Museum, Kirkwall) and a 12th century hog-backed stone to the east of the church (see Scheduled Ancient Monument No 1484) indicate that St Boniface and the surrounding area was an important early ecclesiastical centre on Orkney from at least the 8th century onwards. They also support the argument for the presence of an earlier chapel on the site of the 12th century church. The site is also closely associated with the extensive prehistoric and Iron Age coastal site known as Munkerhoose which is immediately adjacent to the east (Map Ref: HY 48770 52717 - see Scheduled Ancient Monument No 1466).

St Boniface Kirk ceased to be the parish church in 1929 when the congregation moved to the larger St Anne's Kirk. The church continued to be maintained by William Traill until his death in 1944, before being restored in 1993. The interior scheme closely follows the early 18th century plan with surviving timbers re-used where possible, adding to the building's authenticity and its ability to reflect its historic importance. New roofing couples were put in place, slates were re-used for the roof where possible, the existing harl was left and a new flagstone floor was laid over the remains of the earlier flags. There is a plaque dedicated to Laura Grimond, 1918-1994, who helped restore St Boniface.

Formerly listed and scheduled. Listed Building Record updated and change of category from B to A, 2014. Descheduled November 2014.