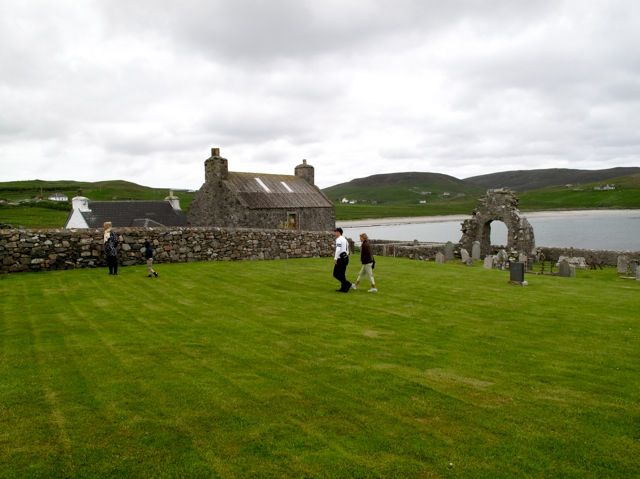 The proximity of the old church and graveyard to the sea is a reminder of the fact that historically nearly all communication between settlements was by sea. They form a historically and visually interesting focus at the end of the vista E from Haa of Sand (see separate listing). Replaced in the later 18th century by the church at Semblister, the late mediaeval date of the chapel pre-dates the popular tradition that the chapel was built by survivors from an Armada shipwreck.