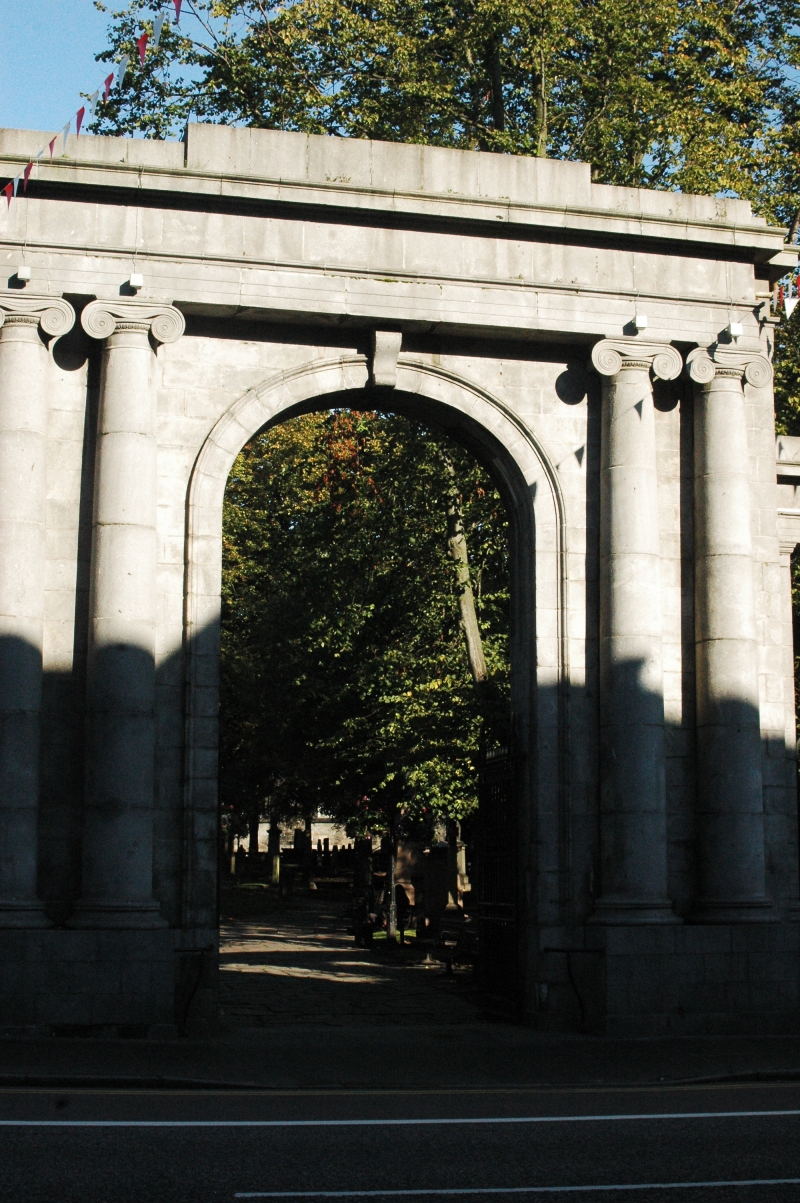 BOUNDARY WALLS AND GATEPIERS: coped rubble walls to N, W and E, some with iron railings. Coped, panelled, granite ashlar gatepiers to E and N, those to E with decorative urns.

Situated in the centre of the Aberdeen and surrounding the original Medieval burgh church of St Nicholas (see separate listing), this is an important graveyard with many large decorative monuments dating from the 17th century onwards. It is the burial place of many esteemed Aberdeen figures. The significance of the figures buried is echoed in the size and elaborate decoration of the monuments. The classical screen to Union Street by celebrated architect John Smith, is a particularly distinguished feature of the graveyard and it makes a significant contribution to the streetscape of Union Street.

The screen was designed by John Smith and was based on the recently completed screen by Decimus Burton at Hyde Park Corner in London.-

The lodge at the North of the graveyard was originally situated within the Robert Gordon's College.

John Smith (1781-1852), a native of Aberdeen, established himself in architectural practice in the city in 1804. He became the Master of Work in 1824 and designed many of Aberdeen's public buildings, showing an expertise in working with granite. With Archibald Simpson, (1790-1847), he was one of the major architects involved in designing the expanding nineteenth century city of Aberdeen. His other works include the Aberdeen Arts Centre and St Clement's East Church (see separate listings).