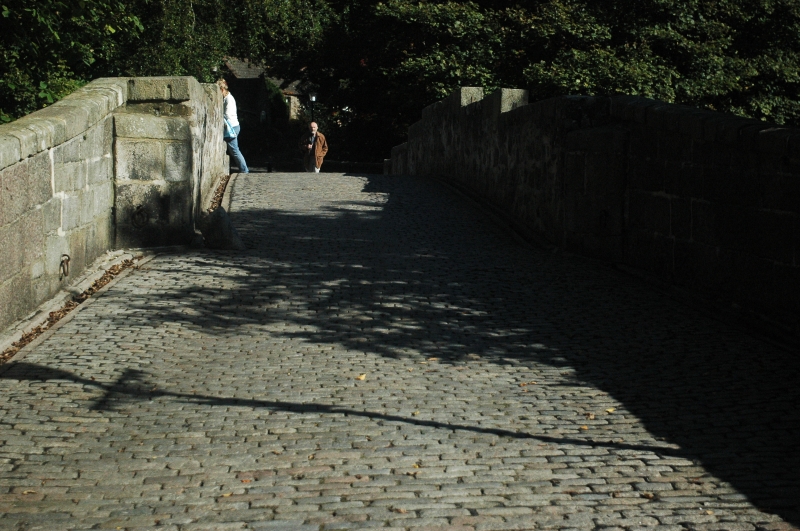 The ancient Brig O'Balgownie was the only route into Aberdeen from the north until 1827. It was "Built by Richard Cementarius, the first provost of Aberdeen (also credited with building the keep at Drum, since the arch is said to be identical in profile to the upper vault of Drum Castle)" (Brogden). Costs were covered by the Bridge of Don Fund which also provided some £17,000 in 1827 to pay for the new bridge. In 1981 a plaque, detailing its history, was placed on the bridge.

Formerly listed at category A in Old Machar Parish (HBNum 15669) and in Aberdeen Burgh (HBNum 20067). Listing combined and description revised 2009.