A Category B Listed Building in Annan, Dumfries and Galloway 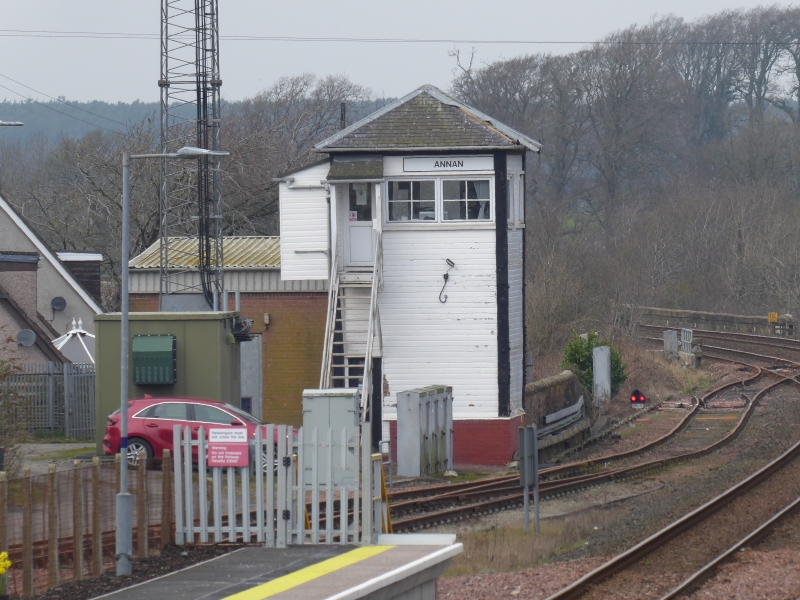 Annan Station is a particularly fine and well-detailed, Italianate influenced, mid 19th century railway station in the South West region of Scotland. The ordered composition and massing of the building and use of good quality sandstone ashlar and other materials mark it out as an example within its building type. It was built for the Glasgow, Dumfries and Carlisle Railway in 1848 and is one of the best-surviving early stations in the south west.

Signal boxes are a distinctive and now rare building type that make a significant contribution to Scotland's diverse industrial heritage. Of more than 2000 signal boxes built across Scotland by 1948, around 150 currently survive (2013), both on and off the public network. All pre-1948 mechanical boxes still in operation are due to become obsolete by 2021. The signal box at Annan is an early example of a 'Type 1' box by the Glasgow and South Western Railway (used by the company between 1875-1887) and is distinguished from later designs by for its distinctive, non-continous cabin glazing arrangement. It is one of only a small number of pre-1880 signal boxes in Scotland. Less than 15 of over 250 boxes built by this major railway company remain (as of 2013). While the Annan signal box has lost its original timber access stair and cabin window shelf and rail, it retains its notably tall and narrow profile.