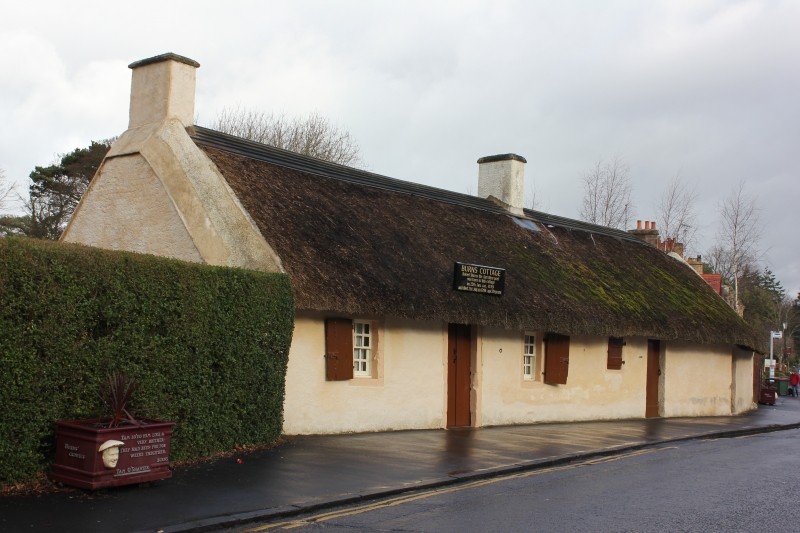 Interior: reconstruction of original uses. Barn to north, used for threshing and storage. Adjacent byre, used as living space for animals, cattle, pony and sometimes sheep and goats; also used by hens and cats which had free-run of cottage. Adjacent North Room - some doubt concerning the use of this room - probably small byre, converted to combined store/milkhouse with additional sleeping space after William Burnes extended cottage. Kitchen stands to south; parts of boxbed and perhaps dresser shelves and doors, original. Stone floors and fireplaces.

The birthplace of Robert Burns (1759-1796), Ayrshire's foremost poet and satirist. The south section of the cottage, the kitchen and a small byre were built by William Burnes before his marriage, and the present byre and barn after this occasion. Subsequently an alehouse, the building remained so until 1880 when it was acquired and restored by the Burns Monument Trustees. Copies of prints held at the National Monuments Record of Scotland show the cottage prior to its 1808 extension.

Description updated in 2017. Listed building record revised in 2021 as part of the Thatched Buildings Listing Review.