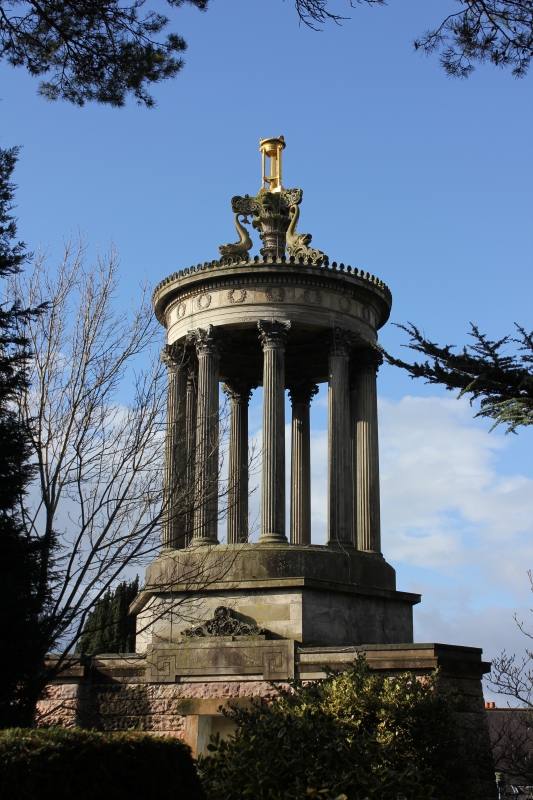 The Burns Monument was Hamilton's first public project, won in competition. Hamilton declined the premium of 20 guineas stating that he was "proud to pay this small tribute of respect to the genius of Burns." The Burns Monument (costing ?2,085) was funded by public subscription raised by a committee chaired by Sir Alexander Boswell of Auchinleck, who inspired and directed the project. The builder was John Connell. The foundation stone was laid 25/07/1820 and the monument opened on the 4/7/1823. As Joe Rock notes, a set of drawings apparently by William Playfair show Hamilton's intention to use the more expensive, but more appropriate (according to Vitruvian principles) Ionic order (only one late presentation drawing used for fund-raising purposes survives). The circular temple has been associated in the romantic imagination with eternity, and after the publication of the Antiquities of Athens of 1762, showing the small Choragic Monument of Lysicrates, also associated with poetry. Unlike later users of the Lysicrates model, Hamilton did not just copy the original. He used the Corinthian order from the Temple of Castor and Pollux, removing the wall between the columns, to produce an open circular temple on a high triangular base.