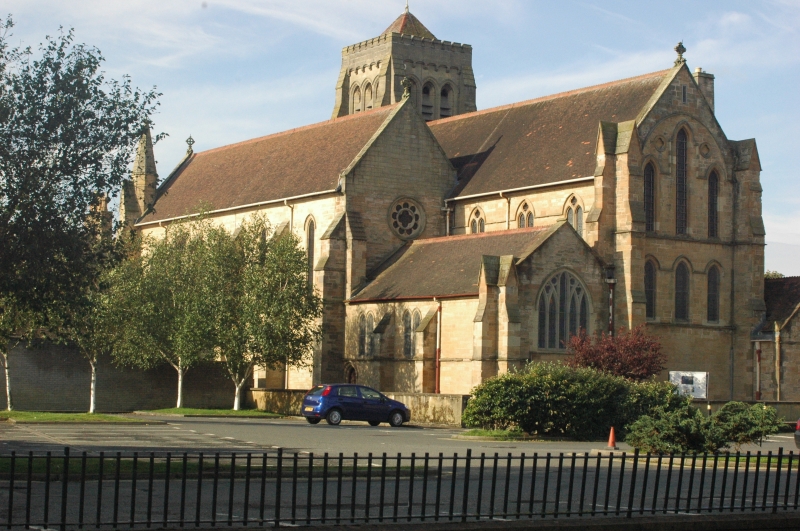 Ecclesiastical building in use as such (Scottish Episcopal). The church opened for worship in 1900, and was consecrated in 1908, replacing the previous Fullarton Street Church of 1839. The architect of Holy Trinity, John Loughborough Pearson, also designed Truro and Brisbane Cathedrals, with the Fullarton Street church being of special interest as the only near-complete example of his work in Scotland. The bell on display, approximately 15 inches in diameter, is inscribed, "Michael o Bvrgerhvys o Me o Fecit o 16Z5." The bell was cast at Middelburg in Holland in 1625 to the order of Rev. John Fergusson, who was minister of the parish of Barnweil, then an Episcopal Church. It was presented to the present church by Major General Neill in 1857, and hung in a wooden belfry (now removed). The church's proposed 92ft tower and spire, replaced by a truncated tower in precast concrete by Roger Pinckney in 1964.