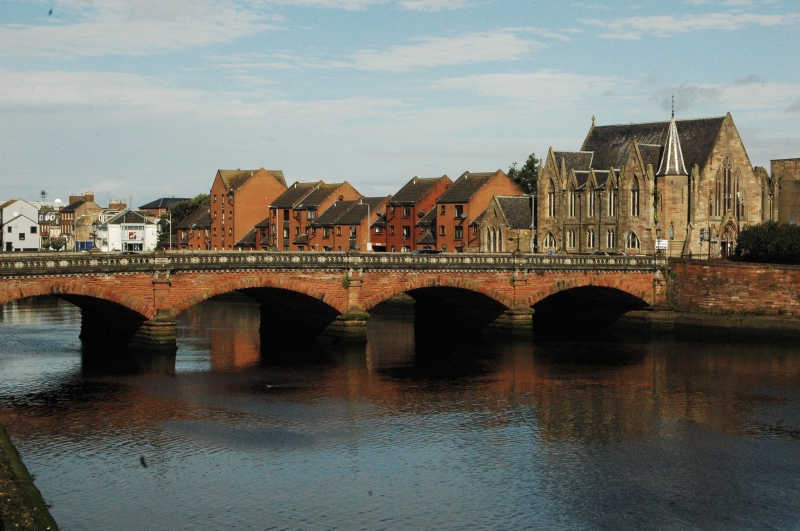 In the 18th century, traffic patterns (especially in the form of bigger carriages) demanded a new bridge to take the burden off the Auld Brig (see separate list description). The New Bridge, completed in 1789 by Alexander Stevens, linked by way of New Bridge Street, Sandgate with the Main Street of Newton-upon-Ayr. After becoming unsafe after flooding in 1877, it was rebuilt as noted by Groome, "... for over ?15,000, and repaired (1881-2) for ?2000 more". Balusters to the original New Bridge, utilised in boundary wall to Ayr Pavilion (see separate list description, under Esplanade). Robert Adam submitted a design in 1785 for the original New Bridge (NMRS YD/34/13, original held at Carnegie Library, Ayr).