A Category B Listed Building in Gatehouse Of Fleet, Dumfries and Galloway 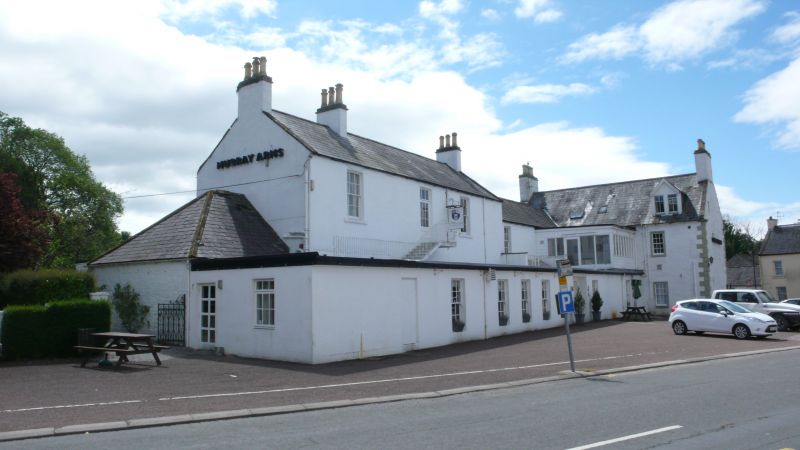 Listing Name: Ann Street, the Murray Arms and the Gatehouse

Find accommodation in
Gatehouse of Fleet

Complex of buildings consisting of a later 18th century regular 5-bay building, the Murray Arms main building, with long irregular 2-storey wings to N and E, both of earlier 19th century date with later alterations, and a small one and a half storey building known as the Gatehouse, reputedly the earliest building in Gatehouse of Fleet and dating from the mid-18th century.

The Murray Arms main building is a good example of the restrained simplicity of later 18th century building.