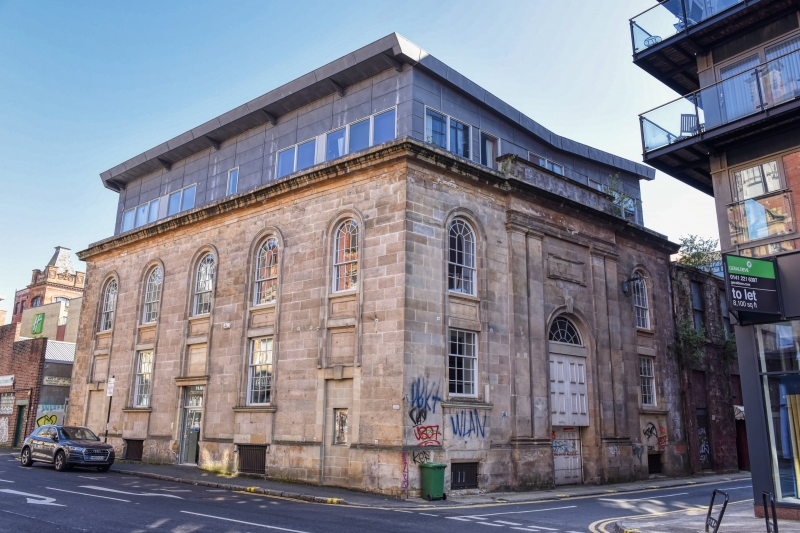 Began in 1839 when a group of members of East Campbell Street Auld Licht congregation sought and were granted admission to the Church of Scotland and became Stockwell Chapel of Ease. A church was built in 1842 in Ropework Lane at the corner of Howard Street. In 1843 they came out, taking their property with them, to become Stockwell Free Church. The various works connected with the construction of St Enoch Station (opened in 1876) resulted in the disappearance of houses, so that in 1895 "because of movement of population" it was resolved to move "to a more populous area". They therefore sold their property (to a wholesale grocer for $3100) and transported to Albert Road (now Drive) in Pollockshields, acquiring it would seem, a wide variety of names in course of the transition.

Interior not seen. In 1886 the church was converted to a warehouse, for Robert Mitchell, with the extension to S of 1887.