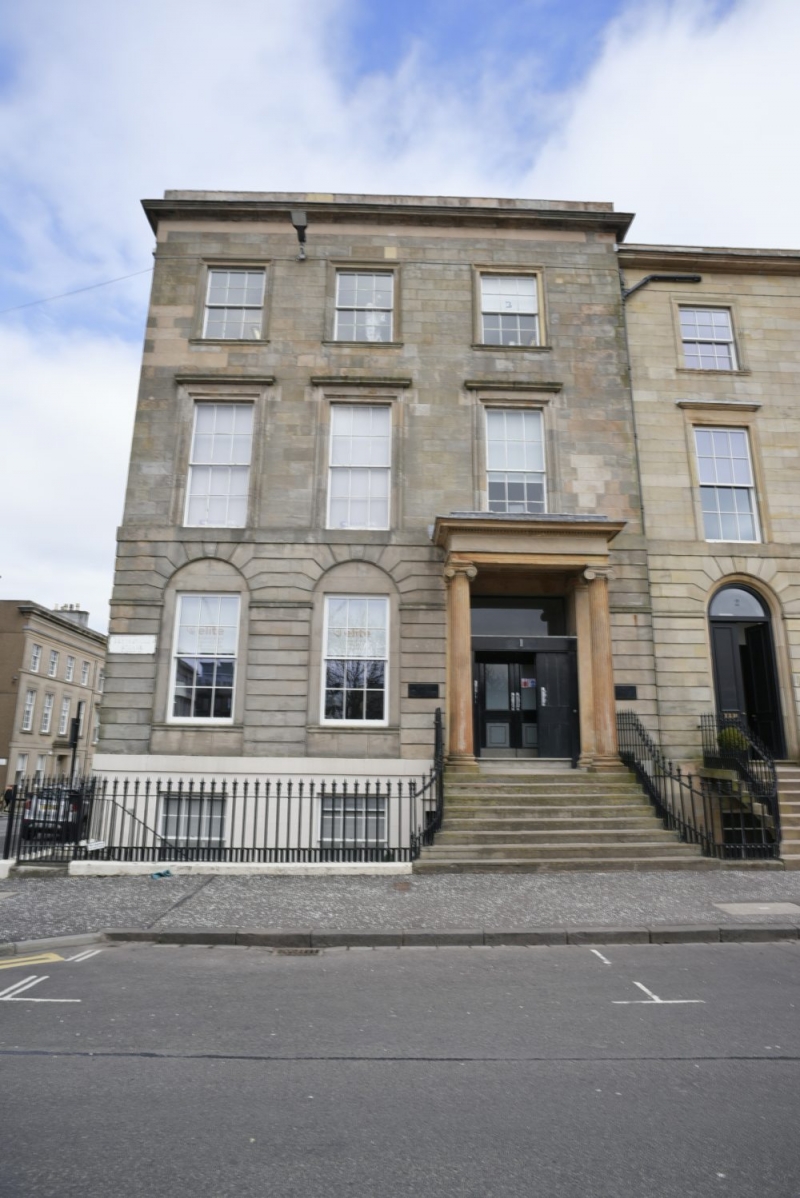 The main frontage of the building is 21 bays long with outer three-bay sections raised and breaking forward with fluted Ionic porticos. The ground floor central section has arched entries.

There is a rendered addition to the rear of No 5 Blythswood Square in Bath Lane with five-light timber mullioned and transomed stained glass window with wrought iron Art Nouveau grille.

Nos 2, 3 and 4 were redeveloped behind the principle elevation in 1987. Some interior work was reinstated following the rebuilding behind the façade.

Blythswood Square is the heart of Blythswood New Town. It was initiated in 1821 by William Hamilton Garden who went bankrupt promoting it, and was laid out by William Harley between 1823 and 1829 (Buildings of Scotland, p.214).

The Glasgow Society of Lady Artists' Club was established at 5 Blythswood Square in 1893. Mackintosh designed the pedimented doorcase for the entrance, a telephone kiosk for the hall and also made interior alterations. His name is given in the minutes of the Lady Artists' Club as the architect recommended for and awarded the work in 1908. Macintosh's architectural firm (Honeyman, Keppie & Mackintosh) also carried out other works at Nos 4 and 7 Blythswood Square, but there is no evidence that Mackintosh produced work for those commissions. 5 Blythswood Square was sold to the Scottish Arts Council in 1971.

The basement flat at 7 Blythswood Square was the home of Madeldine Smith and her family in the 1850s. Miss Smith was accused of poisoning here lover but after a long trial the jury reached a verdict of "not proven". Jack House records the details in "Square Mile of Murder".