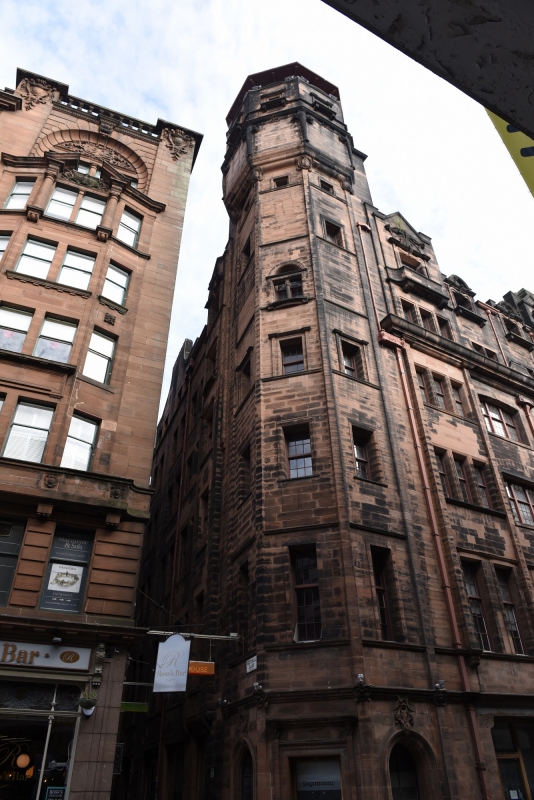 After lying vacant for many years in the 1990s, the building was transformed into "The Lighthouse" - Scotland's Centre for Architecture, Design and the City. A modern extension by Page & Park was added to the rear and the 1890s fabric was largely retained and repaired (Mackintosh Architecture). . The refurbished building contains a permanent Mackintosh Interpretation Centre and was opened to the public in July 1999.

Charles Rennie Mackintosh, who was a young assistant in the practice of John Honeyman and Keppie during this period of the early 1890s, claimed responsibility for the surviving Glasgow Herald building on Mitchell Street. Elements of the design show Mackintosh's characteristic indivuality and there are many surviving drawings for the project that bear his handwriting. The extent of his involvement remains unclear however, as on a project of this scale and importance, John Keppie, or possibly John Honeyman, would likley have had substantial input (Mackintosh Architecture).

Mackintosh's work is wide-ranging and includes public, educational and religious buildings to private houses, interior decorative schemes and sculptures. He is associated with over 150 design projects, ranging from being the principal designer, to projects he was involved with as part of the firm of John Honeyman & Keppie (Honeyman, Keppie & Mackintosh from 1901). The most important work during this partnership was the Glasgow School of Art (LB33105), which was built in two phases from 1897 and culminated in the outstanding library of 1907. Other key works include the Willow Tea Rooms (LB33173) and Hill House (LB34761), which display the modern principles of the German concept of 'Gesamtkunstwerk', meaning the 'synthesis of the arts'. This is something that Mackintosh applied completely to all of his work, from the exterior to the internal decorative scheme and the furniture and fittings.