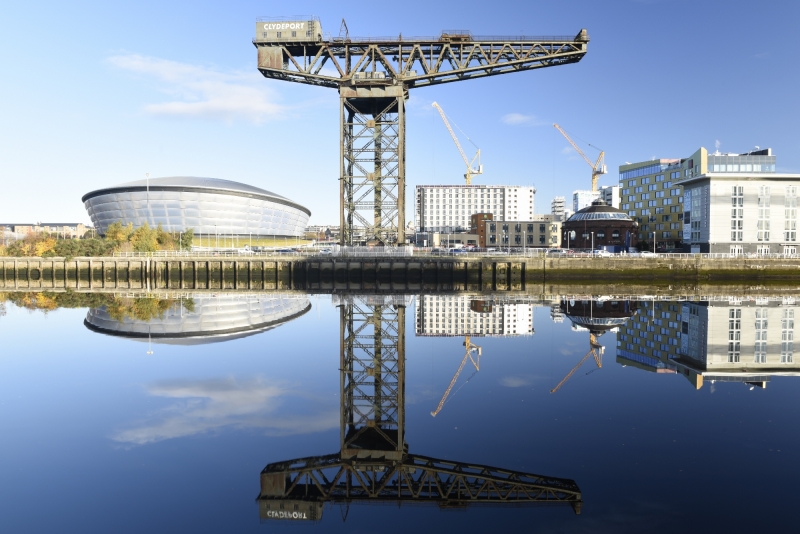 1926, completed 1931 by Cowans Sheldon and Co Ltd under the
supervision of Daniel Fife Mechanical Engineer to the Clyde
Navigation Trust. 175 ton giant cantilever quayside crane.
Lattice, steel girder tower, with the only example of a
personnel lift ever fitted to a British crane; the tower
supports a roller track on which rotates the asymmetrical
cantilever truss gib with motor room and counter weight at
the short end. The only British crane ever fitted with a
horizontal rail for the Jigger hoist handling light loads.

the Clyde, which would have seriously interfered with the

to the commissioning of a new crane 500 feet downstream for

cost. The bridge was not built but the Trustees got their

crane. It is also of considerable interest that Arrols, the

local firm and the one with the greatest experience in the

field of giant cantilevered cranes did not win the contract.

Of the 42 or so giant cantilever cranes built throughout the

world Arrols constructed 40. In Britain 27 of these giant

cranes were built, 15 survive, 7 only remain in Scotland.

The Stobcross Crane, apart from the original features noted,

authorities. Because of its prominent site it symbolises

more than any of the others, Glasgow's past industrial