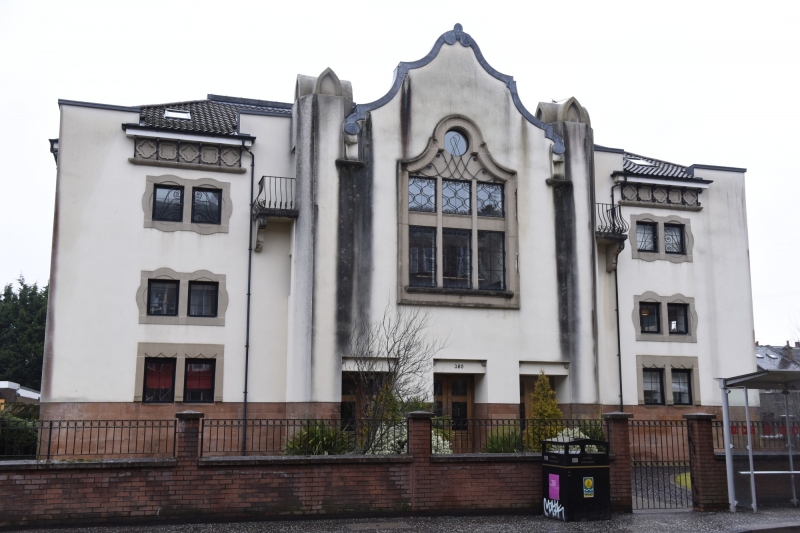 The Toledo Cinema was built to seat 1,598. It was a rare example of 'atmospheric' cinema design, where an escapist fantasy style was created, in this case a Spanish/American theme. The auditorium was divided in 1982 to accommodate three screens with Cinema 2 using the old front stalls and original proscenium opening. When it closed on 21 October 2001, this was the last ABC Cinema in Glasgow. The architect, William Beresford Inglis, designed other cinemas as well as the former Beresford Hotel (now converted to flats). When converted to flats, the façade was retained and windows were added to the 2nd floor and the prominent centre gablehead was reinstated from flat to curvilinear. The Cinema Theatre Association note that the entrance foyer to the flats features reproductions of some decorative features from the auditorium, and some tiles and light-fittings.

List description including References and Notes updated as part of Cinemas Thematic Study 2007-08.