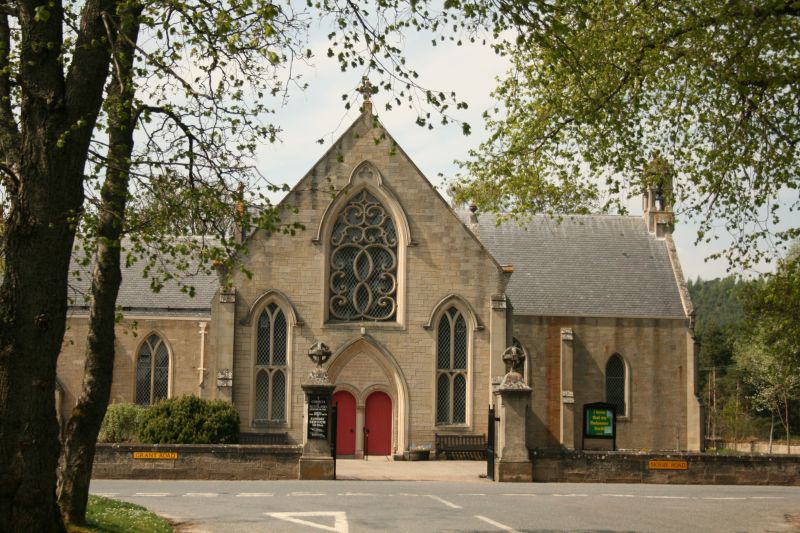 Find accommodation in
Grantown on Spey

Ecclesiastical building in use as such. Superseded Church of 1803 on same site. Built by Caroline, Dowager Countess

or Countess of Seafield. At Countess' request (1912) no

other memorial to be erected in church Pulpit said to

"have been formed from a valuable piece of elaborate old

found by Earl of Seafield at Shillochan, Duthill in 1874.