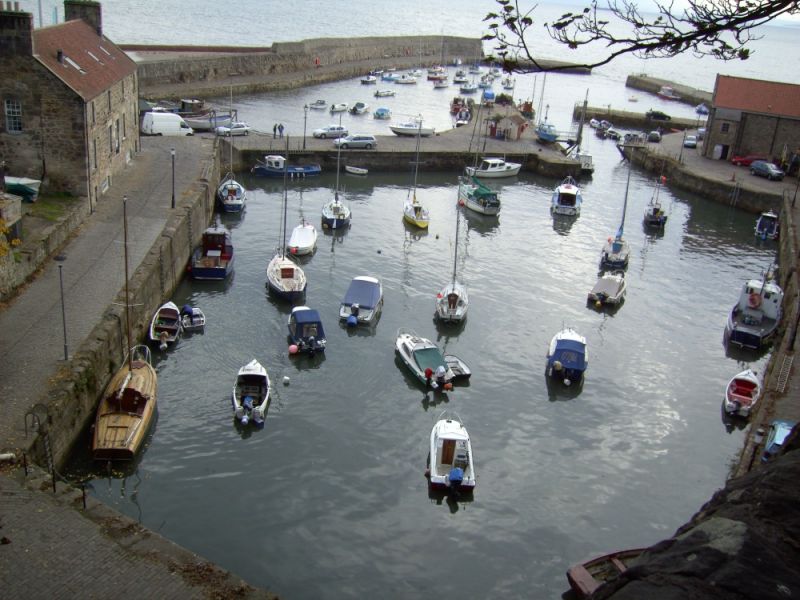 Dysart was a port in 1450, and until the early 17th century it had a pier at nearby Pan Ha'. The current harbour plan appears on a map of 1750, and shipbuilding was practised from 1764 until circa 1900. Export trade in salt and coal (mainly to the Low Countries) was common from the fifteenth century, with Dysart becoming a separate burgh early in the sixteenth century. Work began on the present harbour early in the 17th century, funded by the Town Council and Lord Sinclair. Robert Stevenson was commissioned to report on the harbour's state in 1819, when coal from the Lady Blanche colliery was a major export, and in 1829 the new inner dock was complete, it "included an inner harbour which, closed by dock gates, allowed ships to load coal at all stages of the tide" and "was the first harbour on the east coast of Scotland to have such a facility" (Swan & McNeill, p19). In 1843 a violent storm washed away 100ft of the E pier. The Lady Blanche Colliery was closed in 1928 and the harbour ceased commercially in 1929. It lay derelict until 1967 when it was taken over by Dysart Sailing Club who now lease it from local authority.