A Category A Listed Building in Lanark, South Lanarkshire 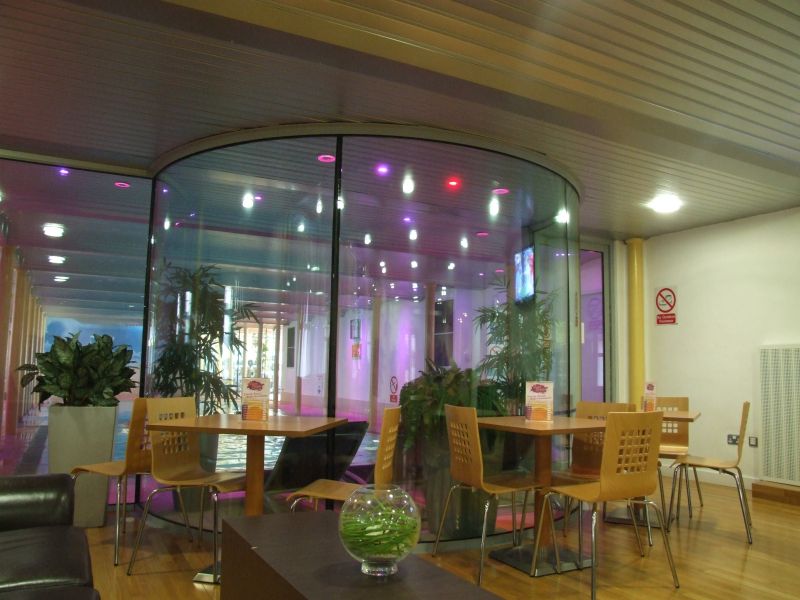 Mill No. 1 is of prime importance in the New Lanark mill and village complex, the regular fenestration and cliff-like N & S elevations making a great visual impact from many viewpoints. It was the first mill to be constructed in New Lanark and it is thought that David Dale and his engineer William Kelly directed the substantial work of harnessing the water power and its transmission to the mill machinery. It was originally built in 1785 and spinning started in 1786. However, it burnt down on 9 October 1788 and was rebuilt the following year. In 1945 its top two floors were removed but they were carefully reinstated 1994-96 based on architect's drawings and photographic records of the original building.

With its projecting stair-tower with Venetian windows, Mill no 1 is based upon the pattern set by Robert Arkwright with Masson Mill at Matlock Bath, Derbyshire which was built in 1783. The mills at Catrine, Woodside, Cartside and Spinningdale (all demolished) were all similarly based upon the Masson Mill model. Earth closets were situated behind the small windows on the left return of the stair tower, and foremen's offices on the right return.

New Lanark was a pioneering cotton-spinning village, which became a model for industrial communities that was to spread across the world in the 19th and 20th centuries and is recognised as being of outstanding importance historically and in visual terms because of its completeness and its physical form. Elements of sophisticated early town planning are evidenced in the orchestration of the various components in the village, from the mill weir, its lade and tunnel to south, to the tunnels and sluices leading off to the individual mills, the crucially generous circulation spaces, gardens, tailored walks and viewing points realised from the start. It is surrounded by an incomparable natural and designed landscape, the mill buildings sitting on the natural terrace to the east of the River Clyde in this deeply incised, wooded river valley.

Built to exploit the water power offered by the Falls of Clyde, the mills were in operation from 1786 to 1968. The mill village is made up of industrial, residential and community buildings, dating predominantly from between 1786 and the 1820s. It was founded by David Dale, a Glasgow merchant, in conjunction with Richard Arkwright, a trailblazing inventor of the cotton spinning industry whose patents enabled operation on a considerable scale. Dale's humane philosophy, realised from the start in the buildings of New Lanark, was expanded by Robert Owen, who took over management of the mill village in partnership from 1799. Owen created an environment where child labour and corporal punishment were abolished, and provided workers with good homes, education and free health care as well as affordable food. He had a profound influence on factory reform throughout the 19th century.