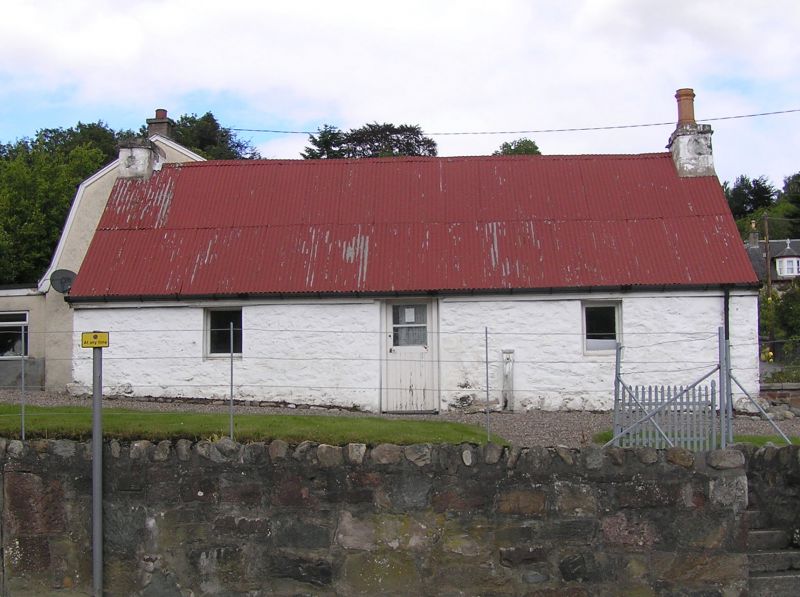 Property in Care of Scottish Ministers.

This is a rare and fine surviving example of a cruck-framed, thatched cottage. The earliest recorded detail found by Holden and Engl is for 1881 when Sunnybrae Cottage was inhabited by Catherine McDougall, retired dressmaker aged 74. RRDA records show that in 1945 permission for alterations and additions to Sunnybrae were requested for Mrs A Macdonald by Robert Gow, Blair Atholl. Stob thatching technique probably used for constructing thatch.

Cruck framing was a building technique used throughout Scotland, with the exception of the islands where timber was scarce. Sunnybrae is characteristic of these cottages, in that it is a low, single-storey, three-bay dwelling. Surviving cottages with intact cruck frames are rare.

Listing category changed from B to A in 1998. Previously a Scheduled Monument. The scheduling was removed in 2013.

Listed building record revised in 2019 as part of the Thatched Buildings Listing Review 2017-19.