A Category B Listed Building in Killearn, Stirling 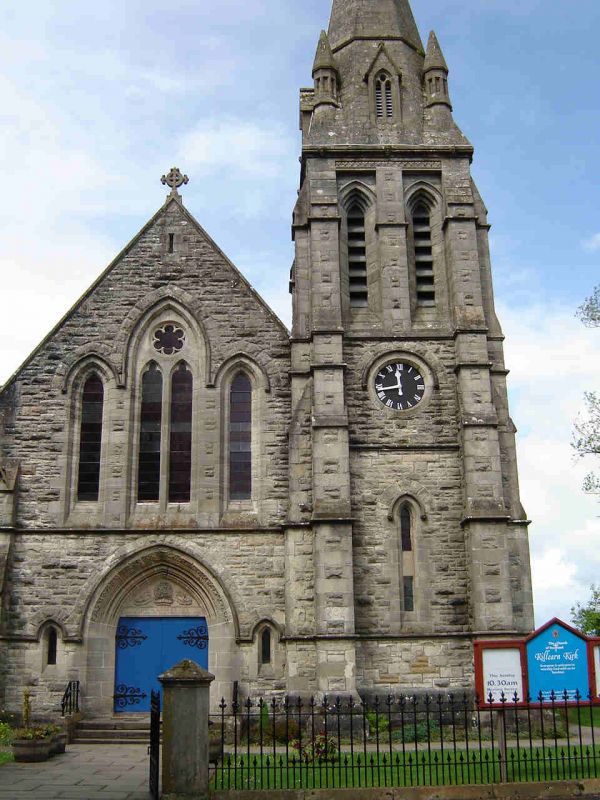 centre light 2-light with multi-foil above. Return elevation of gabled baptistery and aisles to left, buttressed with small light.

N AND S ELEVATIONS: paired lancets to each centre bay with dividing buttresses. Gabled transepts advanced to outer W bays with windows of 3-light plate tracery, quatrefoils in gablehead, doors on return to E by re-entrant

Ecclesiastical building in use as such. The church was built at a cost of ?7,000 to seat 600 people, replacing the earlier church to the north (listed separately as church hall) which proved too small. It was built in memory of Miss Elizabeth (?Ella?) Constance Lindsay Orr Ewing, commissioned and funded by her father, Archibald Orr Ewing of Ballikinrain, MP for Dumbarton (later knighted). Ella died when still a girl and was remembered for her particular piety and acts of charity. The foundation stone was laid on 13th November 1880. Bryce?s father, David Bryce, was architect of Ballikinrain, and this almost certainly led to the choice of John Bryce for the church. The old Manse lies to the SW and is listed separately.