A Category B Listed Building in Inverness West, Highland 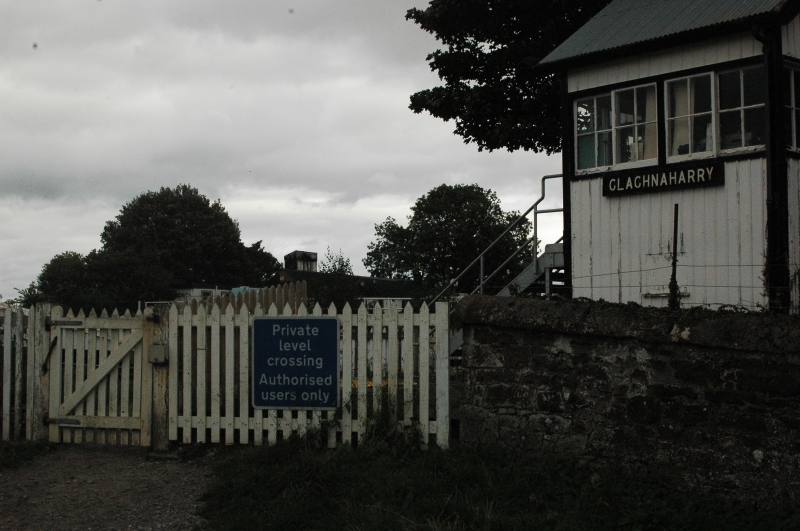 The swing bridge and signal box at Clachnaharry are excellent examples of their industrial building types with strong contextual association with the Caladonian Canal. They are located on the outskirts of Inverness at the mouth of the Caledonian Canal where it joins the Beauly Firth. The strong functional relationship between the swing bridge, canal, signal box and railway combine to add significantly to the group value at this scenic location.

The first bridge on this site was made of wrought-iron and designed by Joseph Mitchell for the Inverness and Ross-shire Railway in 1862. The 1909 rebuild appears to have been a straight forward replacement of the original structure in steel. It crosses the canal at an angle of 65 degrees and is electrically controlled from the signal box at W end of bridge. There is a level crossing for canal towpath users between the box and the bridge.

Signal boxes are a distinctive and increasingly rare building type that make a significant contribution to Scotland's diverse industrial heritage. Of more than 2000 signal boxes built across Scotland by 1948, around 150 currently survive (2013) with all pre-1948 mechanical boxes still in operation on the public network due to become obsolete by 2021. The signal box at Clachnaharry is a small and little-altered 1890 'Type 3' box by McKenzie and Holland. This important signalling manufacturer provided the signalling for much of the Highland Railway during the late 19th century. Other survivals of this once widespread type are a particularly large example at Aviemore Station and the North box at Boat of Garten Station on the preserved Strathspey Railway line (see separate listings).