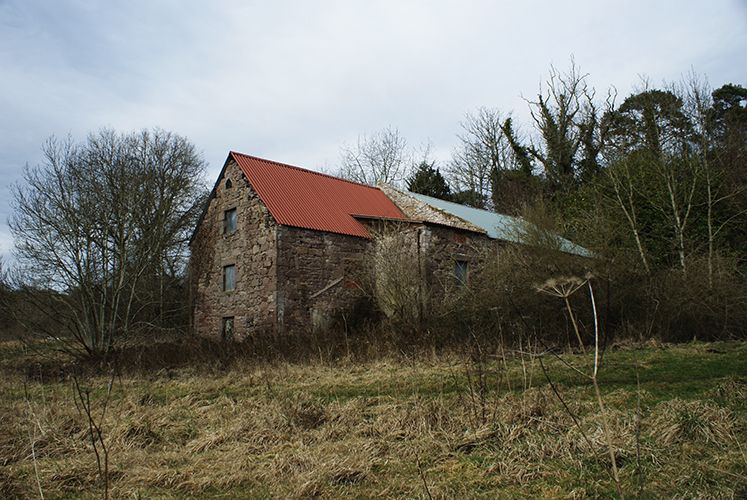 SW (SIDE) ELEVATION: projecting gable end with boarded openings centred at all floors; dovecot opening in gablehead off-set to left of centre. Blind elevation to projecting wing recessed to right.

Noted in the OS Name Book as '...a large, rectangular built flour mill on the left bank of the Whiteadder. This mill is modern but is supposed to occupy the same position as the mill belonging to the castle of Edrington commonly called the Cawmills...'. No longer in use and in state of disrepair 1999. The NEW STATISTICAL ACCOUNT records how the water wheel '...not only drives the mill, but also a thrashing machine, situated upwards 500ft above it, by means of a shaft 600ft long which runs through a tunnel in the rock above.' The mill lade is still in place and although not used since 1937, the building is particularly notable for having retained much of its original machinery. The plaque on the front elevation records the level to which it was submerged during the flood of August 12th 1948. Owned by Cawderstanes House (1999). Although in poor condition, the mill's early date, substantial size and machinery render it a particularly notable structure.