A Category B Listed Building in Elgin, Moray 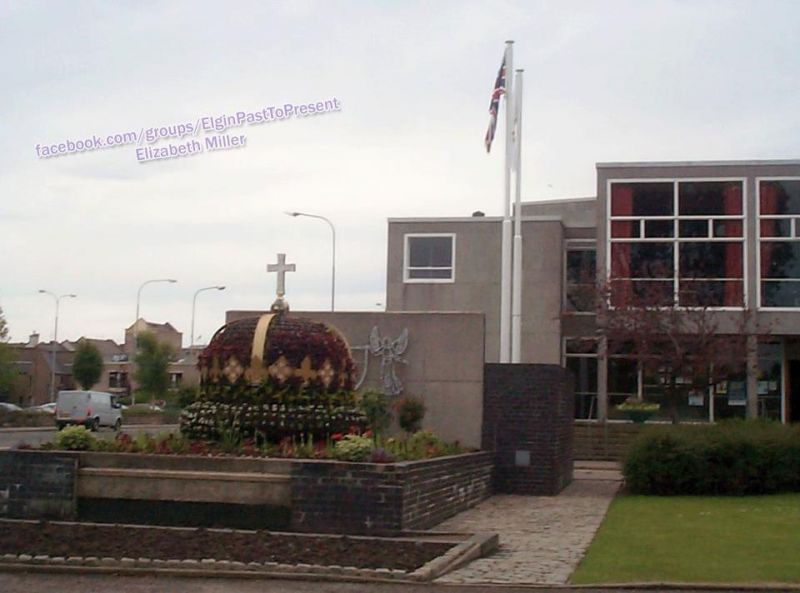 E ELEVATION: 4 windows to both floors to right. 2 doorways to left.

Designed by one of Scotland's foremost 20th century architects, William Hardie Kininmonth, who was knighted for his services to architecture in 1972. Kininmonth trained with Sir Edwin Lutyens, worked closely with Basil Spence, and became Senior Partner in the firm of Rowand Anderson, Kininmonth & Paul. The old town hall (MacKenzie & Matthews, 1884) in Moray Street was destroyed by fire in 1939. The new town hall was built to hold a capacity of 1000 people, and the supper room 300 people. The rooms and spaces are designed to flow into one another. Large north-facing windows give a bright and airy character to the entrance hall and supper room, minimising the transition from the qualities of light and space outside the building. The hall itself is finely finished in boarded timber. Balconies and parapets produce a carefully controlled effect of solid and void, and light and dark. The contractors were Halls of Aberdeen. Two studies of the building were shown at the 1963 Royal Scottish Academy Exhibition.