A Category B Listed Building in Cumbernauld, North Lanarkshire 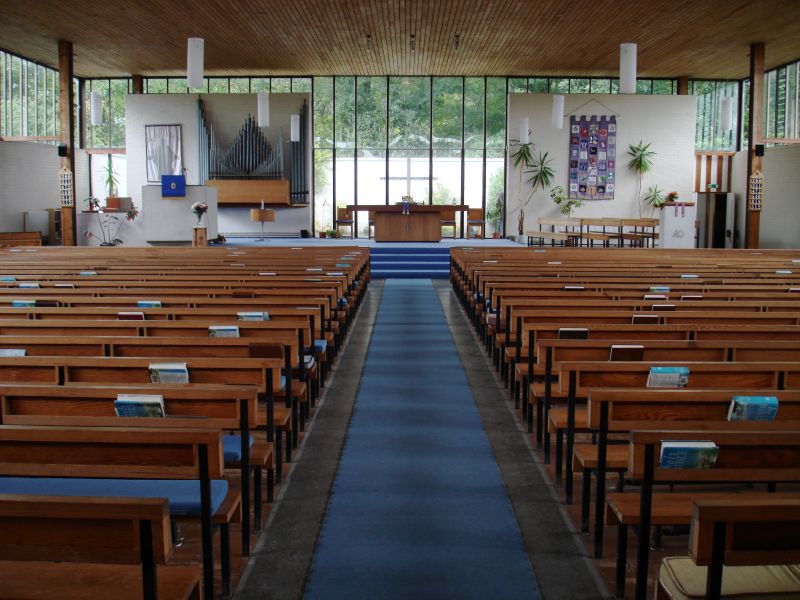 Kildrum Parish Church is a striking landmark in the new town of Cumbernauld. The Church of Scotland commissioned two churches from Alan Reiach for Cumbernauld, and, like Kildrum, the other church, St Mungo's (see separate listing), seats 800 and succeeds in creating a particularly well-lit interior. Both are clearly influenced by the new Scandinavian church designs that Reiach so much admired (see Eero Saarinen's various chapels, and Magnus Poulsson's Grauberget Village Church, Norway, 1955 and there is also a suggestion that the building was inspired by a church in Milan, Italy). An example of this influence would be Kildrum's chancel cross set within a walled garden, and separated from the interior of the church by a wall of glass. Reiach (1910-92), who was apprenticed to Sir Robert Lorimer (1864-1929), was primarily involved in the design of public buildings, including churches, schools, universities and hospitals.