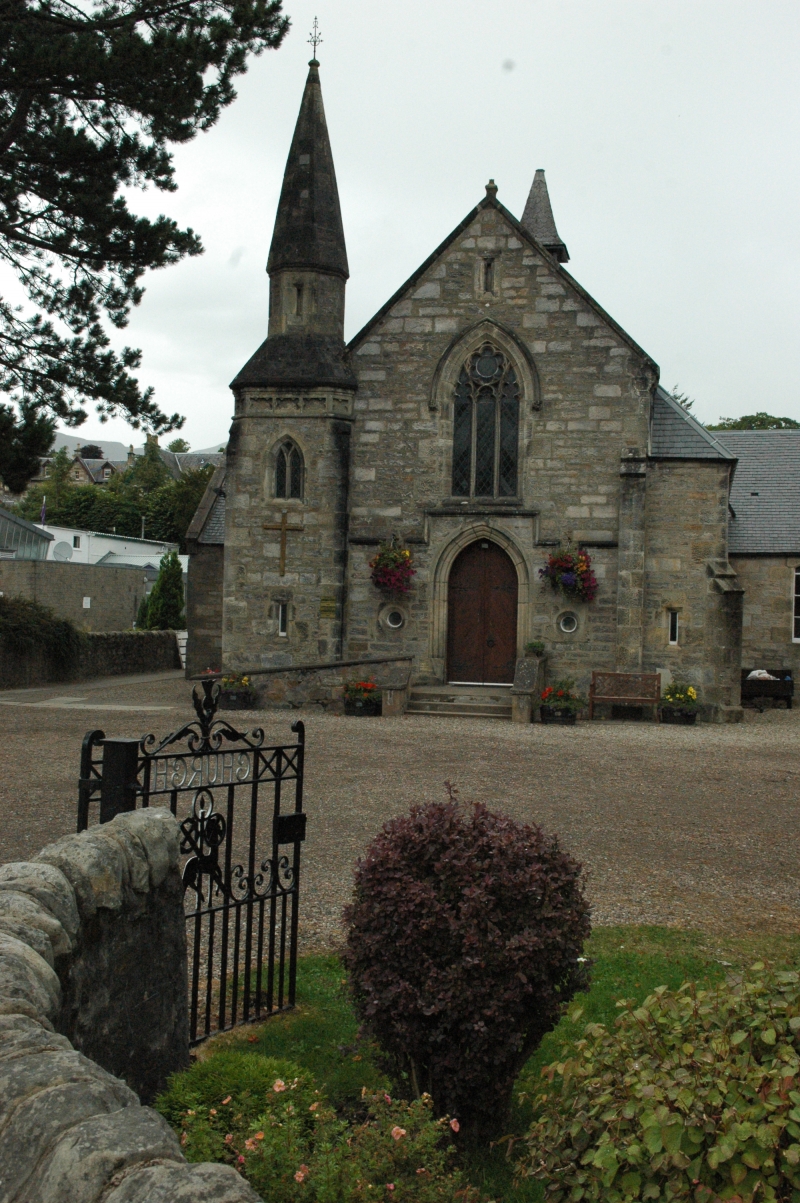 W ELEVATION: 2-bay nave with basement door to outer right, and pagoda-roofed timber-louvered ridge ventilator to centre above; transeptal bay to left with single window and further window on return to right, modern extension abutting on return to left. Tower (see above) to outer right.

E ELEVATION: as W elevation but without basement and tower.

Ecclesiastical building in use as such. Founded in 1880 as an offshoot of the Tullymet Baptist Church, the Pitlochry congregation was formally constituted in December 1881. The Atholl Centre was built to the rear of the church in 1971.