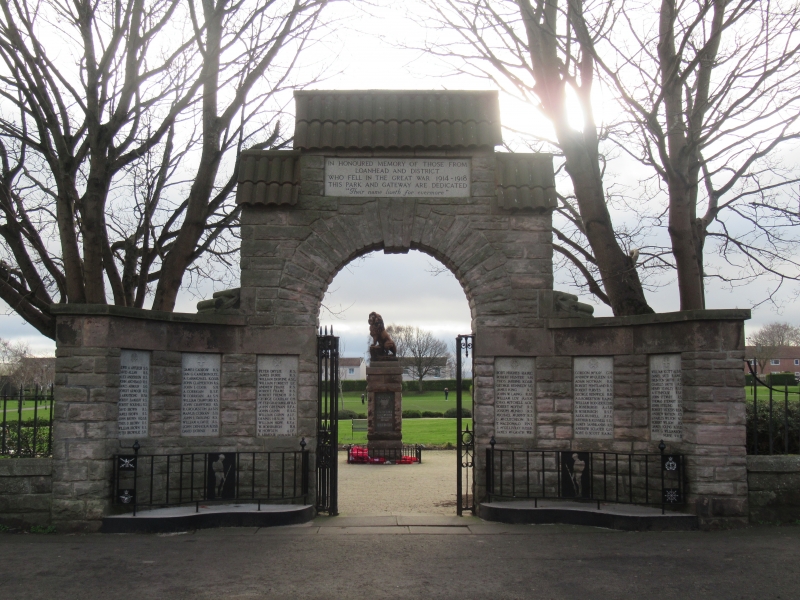 N ELEVATION (adjoining The Loan): Memorial World War I modern triumphal archway; red tile roof, raised in centre, inset panel inscribed "IN HONOURED MEMORY OF THOSE FROM LOANHEAD AND DISTRICT WHO FELL IN THE GREAT WAR 1914-1918 THIS PARK AND GATEWAY ARE DEDICATED

Built in 1922, by an appointed Committee. The land, which suffered from subsidence and was not suitable for building upon, was purchased from Sir George Clerk. It was used to provide the town with a public park, the entrance to which would serve as a War Memorial for the 61 men of Loanhead and the surrounding area who had died during conflict. Within the park now stands a subsequent memorial for the 32 who died in Word War II. The site is pleasantly landscaped and still used as a recreational park.