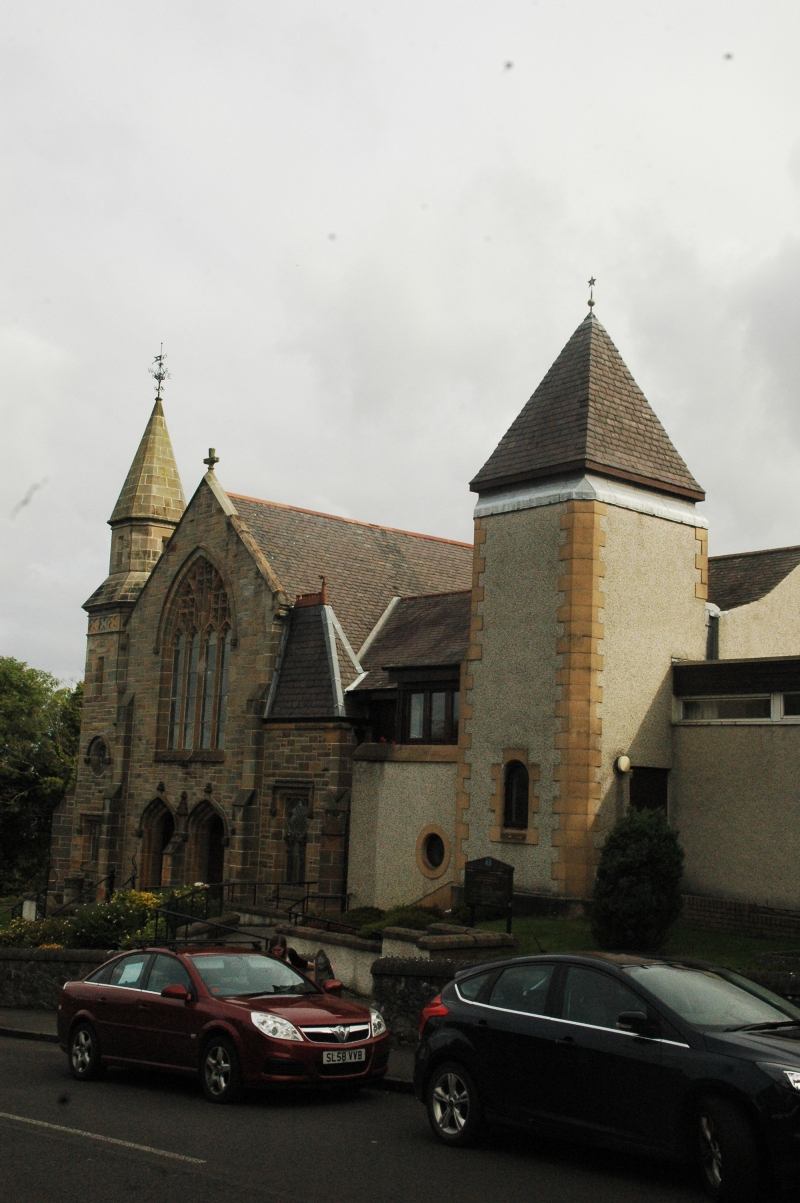 In 1775 a group of parishoners formed a Secession Church in Queensferry following a dispute with the Earl of Rosebery. In 1847 the Seceeders became part of the United Presbyterian Church. Following an increase in the congregation, which was partly a result of the influx of workers employed on the Forth Rail Bridge, the United Presbyterians decided to build a new church, St Andrew's, on The Loan and this was dedicated on 20th February 1894. In 1900 the U.P Church became part of the United Free Church, which reunited with the Church of Scotland in 1929. Following a decline in church attendance at St Andrew's and the Old Parish Church the decision was made to unite the two churches. In 1956 following this union St Andrew's on The Loan became Queensferry's Parish Church. Some of the furnishings from the Old Parish Church were taken to the new church: the stone font (which now stands outside the church), the lecturn, pulpit and the communion table. The latter three items are still used in the church. In 1992 an extension was added to the west of the church and was dedicated on 31st January 1993. This extension includes an area for worship, a coffee area and offices. In November new railings were added to the forestairs and the pattern represents the Holy Trinity. The church has strong links to the town and every year on the Sunday nearest 19th November there is a service to celebrate the birthday of St Margaret, from whom the town received its name. When the town was still independent from Edinburgh the town councillors would attend an annual service and would sit in the seats at the rear of the church, once reserved for the Stewart-Clarke family.