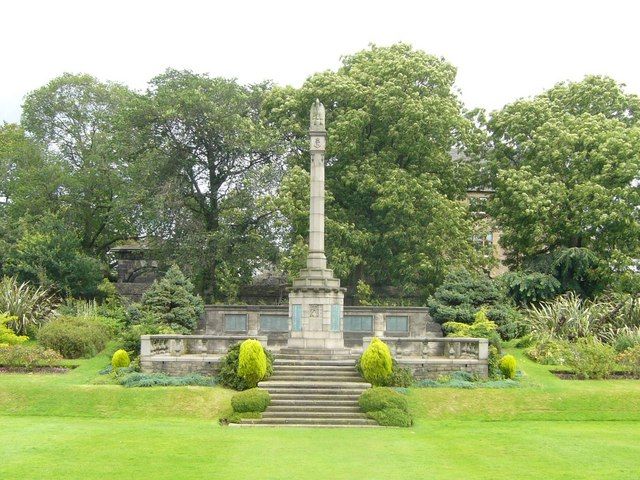 The A Group comprises the main building, the Examination Hall, the Chemistry and Technology Blocks, the Preparatory Department, the Science Block and the gatehouse, terraces, war memorial, boundary walls, railings and gates. The school was originally intended to be viewed from the N, and entered from the Grassmarket, the building having its back to the Flodden Wall. However, as the area to the N became built up, and the city expanded, the entrance was moved to Lauriston Place. Playfair's additions were intended to have the effect of turning the building round, lending dignity and importance to the new entrance. The W, S and E elevations of the main building were faced with Craigleith stone by Alexander Black in 1833. The school was built on a terraced platform, and surrounded by walled parterres. Playfair also added the balustered parapets, carriage entrance and steps. In the grounds there is also an ornamental stone from the former Heriot foundation school in Chambers Street (1846).