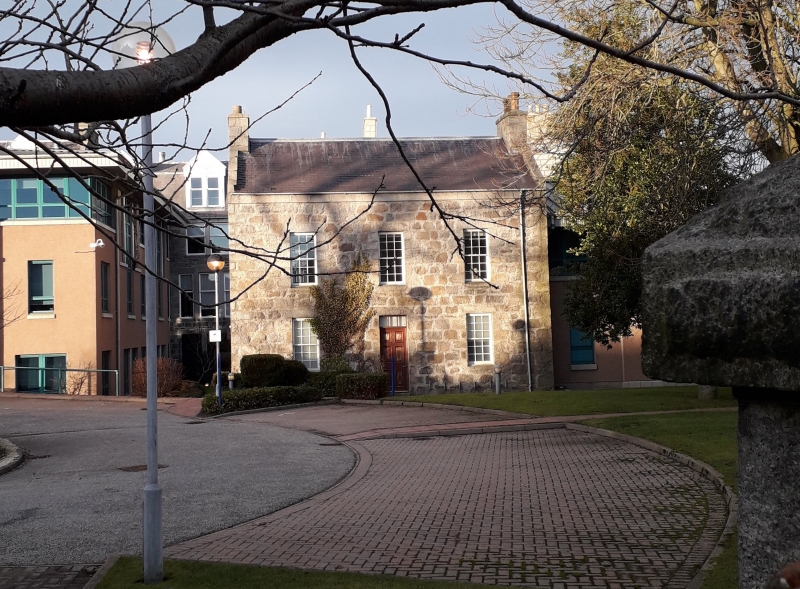 Albyn Place was originally built on the lands of Rubislaw, owned by James Skene. Skene lived in Albyn Place in Edinburgh (hence the same name in Aberdeen), and commissioned Archibald Elliot to prepare a scheme for Aberdeen based on the New Town in Edinburgh. Albyn Place was the only part of Elliot's scheme to be executed, the remainder being remodelled by Archibald Simpson just over a decade later, and again in the 1840s. Albyn Cottage is more traditional in design than the remainder of Albyn Place, and its location facing Albyn Lane suggests it predates Simpson's scheme. Despite the alterations, Albyn Cottage survives as a good example of an early traditional house, few of which survive in this area.