A Category B Listed Building in Fort William and Ardnamurchan, Highland 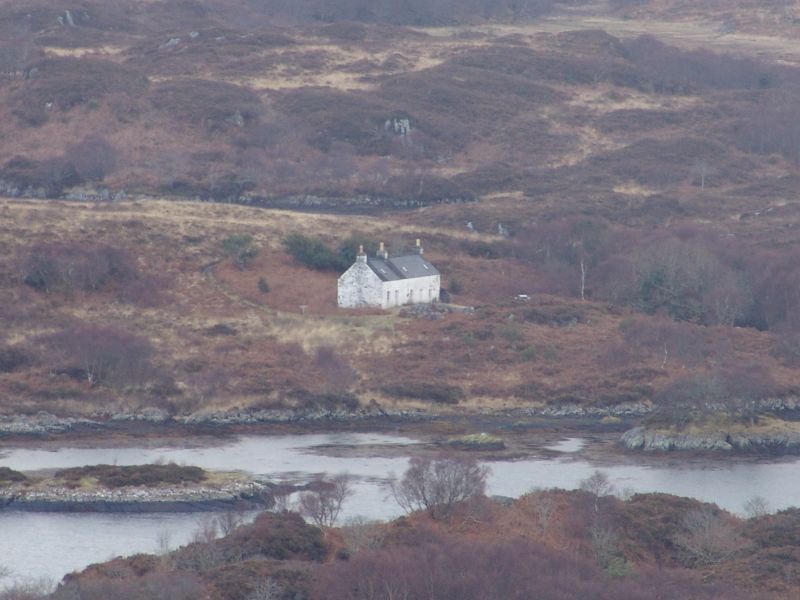 Stability came to Morvern in the later eighteenth century with the rule of the Argyll family. Morvern had been dominated by the Macleans of Duart through the sixteenth and seventeenth century but were finally defeated by the Campbells in 1670, except the area of Drimnin at the north west extreme of the peninsula which remained in Maclean hands into the nineteenth century. The Dukes of Argyll subsequently owned roughly two thirds of the peninsula, predominantly on the fertile coastal fringe. Whereas the Argyll lands were broken up into numerous smaller estate in the 1820s Drimnin was sold as a whole and has remarkably retained its eighteenth century boundaries to the present. Dorlin (originally Doirlinn) lies on the shore of Loch Sunart, opposite the isle of Oronsay, at the eastern boundary of the Drimnin estate. A building at Dorlin features as early as 1733 on Wade's map of Loch Sunart though it is unlikely to be the present one which is probably the ferry house and dramshop listed in the Maclean inventory of 1794. It is labelled as the ferry station, across the loch to Glen Borrodale, on the Drimnin estates map of 1836 and operated as an inn, featuring as such on the 1st edition OS Map of Morvern surveyed in 1872. Dorlin Cottage is presently (2001) used for holiday lets.