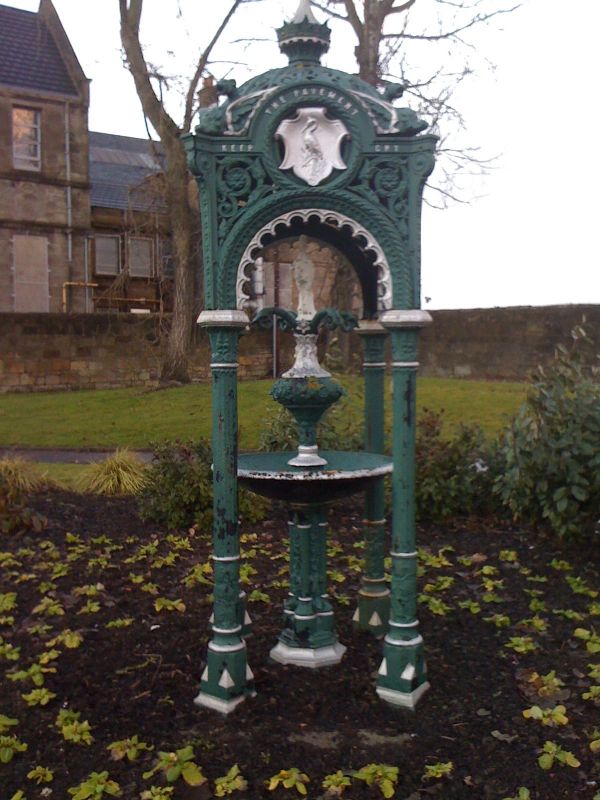 An inscription to NE reads; 'keep the pavement dry.' A good example of civic Victoriana, the drinking fountain is composed of mass-produced cast-iron component panels bolted together, the whole being assembled on site like modern flat-pack furniture. Almost indentical to those at 35 Eskbank, Road, Dalkeith, or George Street, Stranraer for example, all probably the work of W MacFarlane and Co, a company which specialised in such municipal street furniture. The drinking fountain has only been in its present location for a relatively short period (2001), having been moved from its original location.