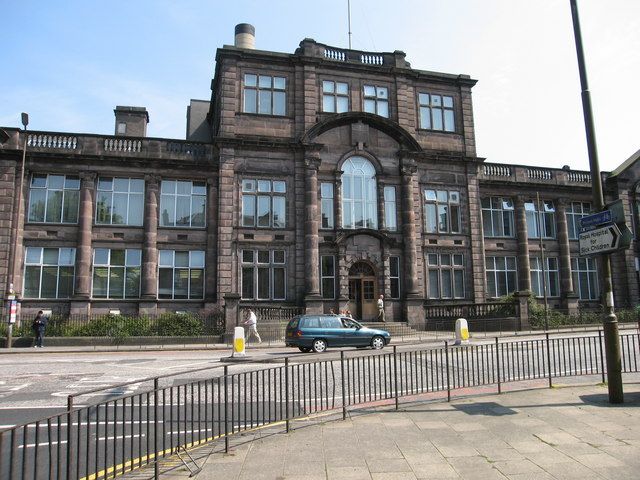 The Veterinary College was founded by William Dick (1793-1866), an Aberdeenshire farrier's son, who studied anatomy in Edinburgh, went to the London Veterinary College in 1817, and returned to set up his own veterinary college in Edinburgh. The original premises were on the site of Dick's forge in Clyde Street; the statue of a recumbent horse (by John Rhynd, 1883) in Summerhall Place formerly crowned the building in Clyde Street. Among Dick's students were the founders of veterinary schools in Canada, the USA, Australia and Ireland. The design of the building is significant for the expanse of fenestration appropriate to its function. The College became a faculty of the University of Edinburgh in 1964. Block D is a significant work of late Scottish Modernism, acting as a landmark, rising up at the east end of the Meadows and marks the edge of the University area. It appears to be engaged in a skyline dialogue with the twin towers of George Square. Of these, the Appleton Tower was also by Reiach's practice. Although the red sandstone of the 1916 building may have determined the colour of the cladding slabs, there is no other local precedent informing its striking appearance. The main influence on the building form is the Economist building, in London, by Alison and Peter Smithson (1964). Block B, which is more overtly functional, may also be influenced by the Smithson's sense of rectilinear formality. Its fittings are typical of Scottish institutional buildings of the period.