A Category B Listed Building in Helensburgh, Argyll and Bute 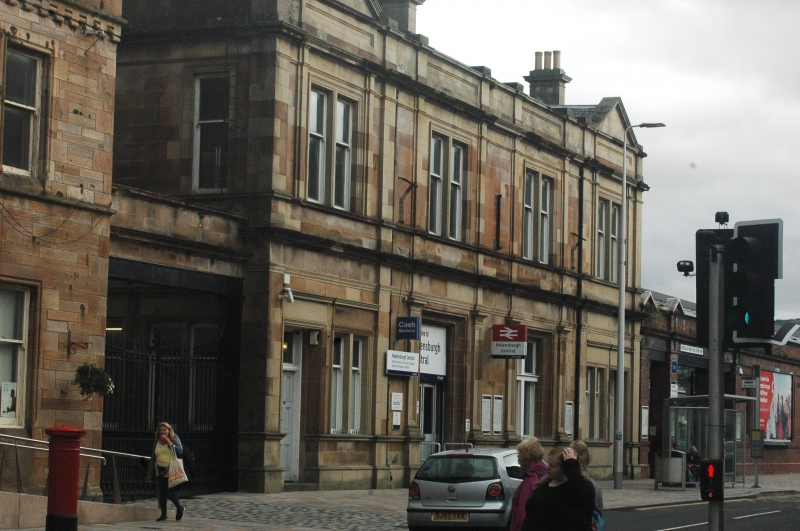 The station was built as the terminus of the Glasgow, Dumbarton and Helensburgh Railway. Walker and Sinclair remark particularly on the 'great glazed canopy spanning effortlessly across the platforms'. The station replaces an earlier building opened in 1856, which proved impossibly small in terms of platform area and provision of waiting rooms. A report by the Board of Trade's Railway Department in May 1892 encouraged the North British Railway Company to expand, resulting in the present structure. During early stages of the construction exercise, James Bell, the in-house engineer, persuaded the Company to include a station manager's house at 1st floor above the station offices. The town hall flanks the station offices to west, the one enhancing the context of the other. The West Highland Railway was served by Helensburgh Upper Station opened in 1894, and which despite the demolition of the station building in 1980 is still operational.