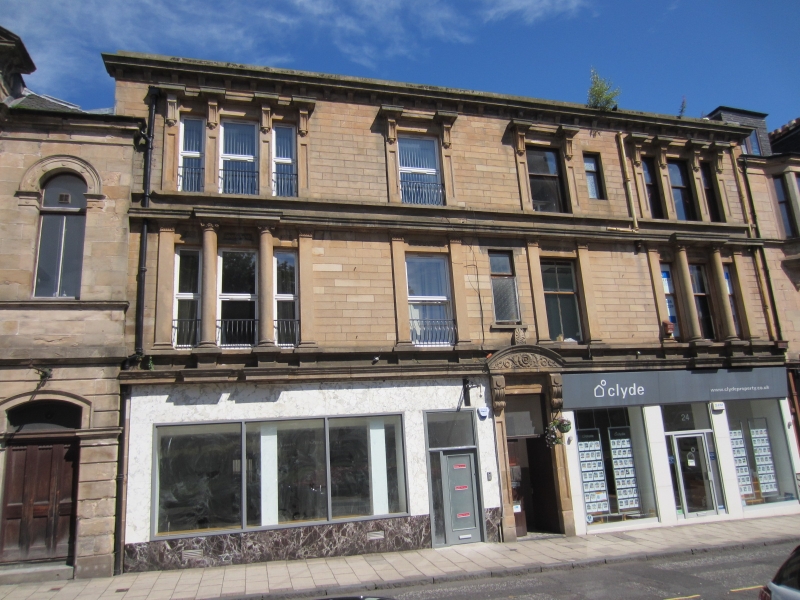 S (PRINCIPAL) ELEVATION: ground floor centre bay with pilastered doorpiece, large decorative consoles and relief carved segmental pediment surmounted by acroteria, and 2-leaf panelled timber door; flanking 3-bay altered marble shopfronts, that to right with centre door flanked by plain columns and display windows, and that to left with door to right and 2 display windows to left. 1st floor with wide-centre tripartite windows to outer bays, each with centre light flanked by Ionic columns, outer pilasters and carved windowheads; pilastered single windows to bays 2 and 3, each with guilloche detail to lintels, and later out-of-character window inserted at centre. 2nd floor fenestration as 1st floor but with consoled cornices only, and later window between bays 3 and 4.

While the shopfronts detract in part from the overall interest of this property the quirky detailing and muscular form of the upper storeys provides character, and context to the neighbouring former Christian Institute.