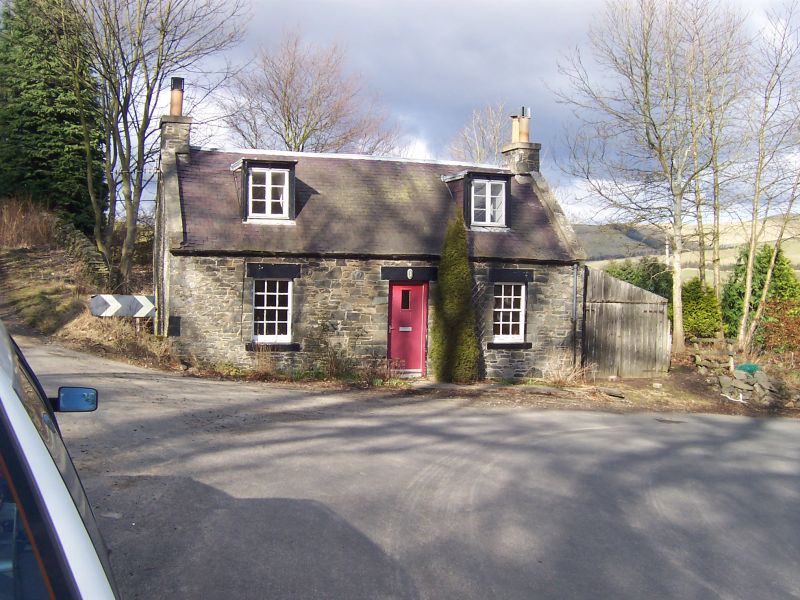 This is a good example of an older style vernacular cottage. Sited near the Gill Burn, the cottage stands at the bottom of a farm road. Originally this led to a small steading with a whinstone quarry to the north west. The middle part of the 19th century saw development in the are. A further 5 whinstone quarries were opened up to supply the demand for building materials for the growing town of Peebles. By the 1860's, the steading grew and a new farmhouse was built, it was the sister building of one in Manor Parish. This cottage remained consistently, being joined by a north lodge for Rosetta sited to its south west, near where the gatepier still remains (the lodge was demolished in the early to mid 20th century). By the end of the 19th century, the quarries were closed, but the track was still in evidence. One quarry remained in use (Standalane Quarry) and the steading had grown to include a mill lade as well as some new buildings. This cottage is believed to have been connected with the early farm as residential accommodation for a worker, although some suggest it may have been a toll house due to its proximity to the north road out of Peebles and the fact it stands at a junction. Other suggestions are that it was linked with the quarries. The cottage still remains relatively unaltered and is listed as a good example of plain vernacular housing.