A Category B Listed Building in Kintyre and the Islands, Argyll and Bute 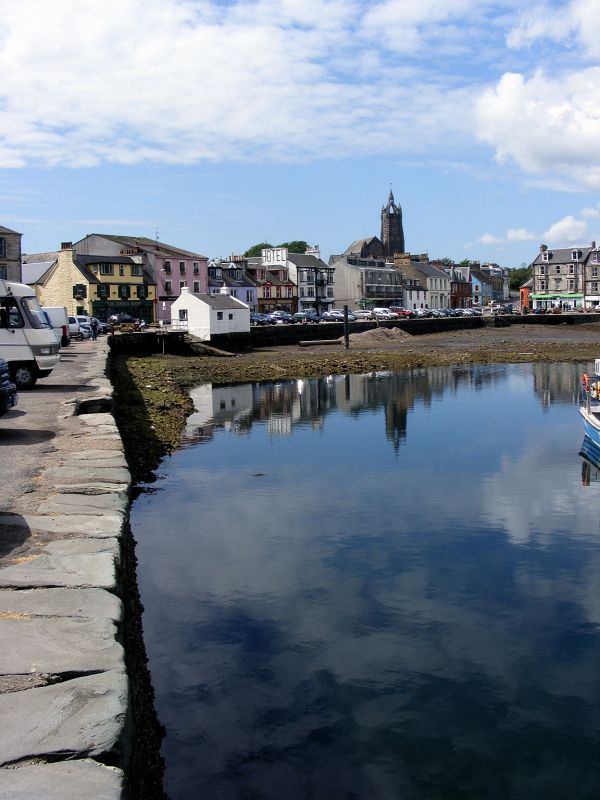 Tarbert Harbour is depicted on a plan in Atlas to the Life of Telford, that features a number of harbours, which were 'made or improved under the direction of The Commissioners for Highland Roads and Bridges 1806-1821.' This was part of a huge programme of canal, road and bridge construction in the Highlands which was set up by the government to alleviate

social problems by improving communication. The plan shows the 2 slipways and a pier to the East. This pier has been added to a number of times to create Harbour Street and is not part of the statutory list. Other references suggest that Telford's harbour improvements took place in the second half of the 19th century. Tarbert Harbour is a natural harbour and is situated at the head of East Loch Tarbert. The herring fishing industry developed here during the 18th and early 19th centuries. As it did so, the village grew (many of the waterfront buildings date from the early 19th century) and Tarbert became the centre of the Loch Fyne

herring fishery. The square quay (Beilding) is an artificial island, which was used to help haul sailing boats into the harbour during times of difficult winds. (RCAHMS).