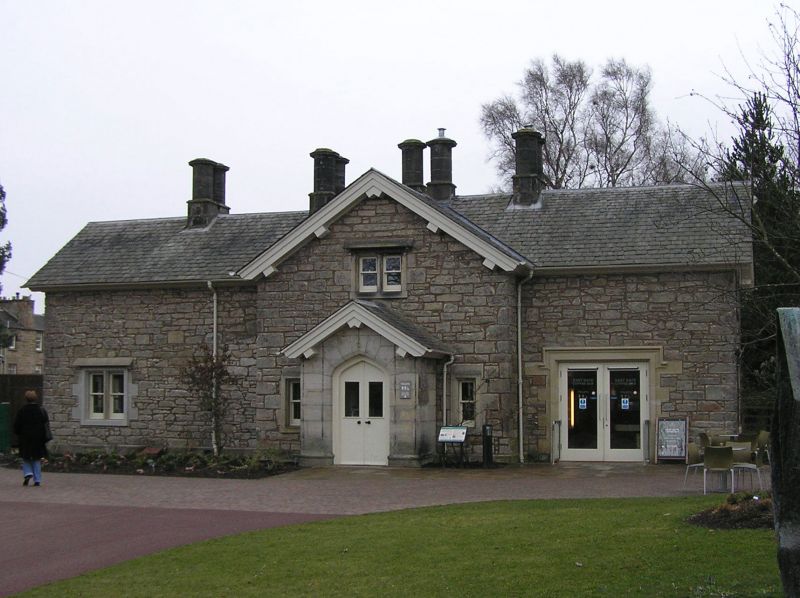 INTERIOR: not seen 2003, but the Facilities Manager said that all the original doors and fireplaces had been removed.

A-Group with Inverleith House, 1858 Palm House and 1834 Palm Stove, Linnaeus Monument, 1967 Greenhouse, Caledonian Hall, East and West Gates, and the Laboratory and Lecture Hall Buildings at 20a Inverleith Row. The Royal Botanic Garden is included in the Inventory of Gardens and Designed Landscapes In Scotland, Site Number 216. Despite the plastic windows and messy re-pointing this is a delightful picturesque cottage, and occupies a prominent position behind the East Gate. When this cottage was built this part of the garden belonged to the Royal Caledonian Horticultural Society, which was quite separate from the Royal Botanic Garden. At that time the Botanic garden occupied only the NE corner of its present site, and the West half of the garden belonged to Inverleith House. It is unknown what this house was originally used for, but it is likely that it has always been a gardener's house. The style is similar to that of the Caledonian Hall, which was designed by David Cousin, and it is likely that this house was also by him.

The East Gate is listed separately.