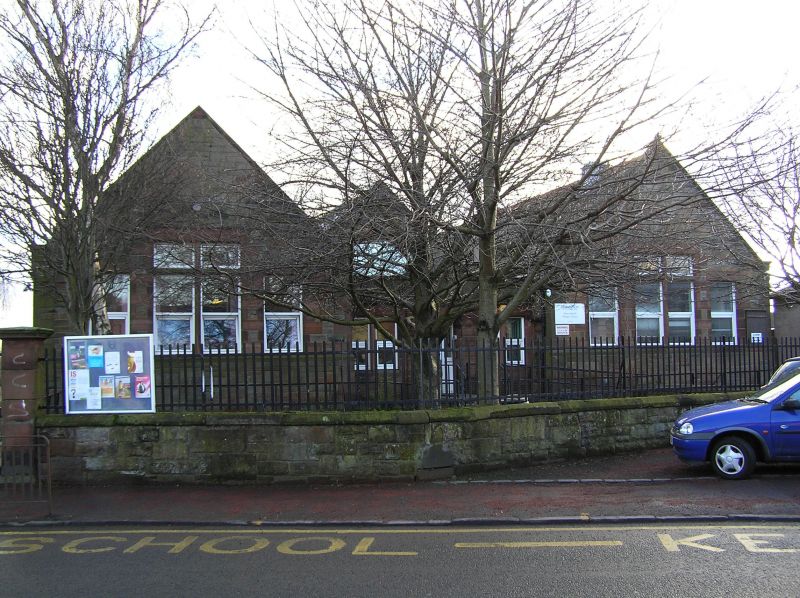 Newcraighall began as housing for workers in the surrounding nursery gardens which had grown up in the 19th century to cater for the needs of the expanding population of Edinburgh. By the later 19th century, however, and particularly after the opening of the Klondyke pit in 1897, it had become predominantly a mining village. The Parish Church (separately listed) was built in 1878. The school, designed to hold 300 children, was commissioned by the Inveresk School Board and opened in June 1906. In the 1920's the production of coal at the Klondyke pit was over 250,000 tons a year, and the pit employed more than 1000 men. The Miners' Welfare building (also listed), one of the first in Scotland, was built in 1925. The pit was closed in 1968, and today little sign of Newcraighall's mining past remains. A house has been built on the site of the pithead, and the bing which once dominated the village was removed to make way for the Musselburgh by-pass. Some of the miners' cottages have been restored, and are listed. The school, along with the church, the Miners' Welfare and the restored cottages, is an important link with the village's past. The extension to rear is thought to have been the first purpose-built nursery classroom in Edinburgh.

The plan of the school, with classrooms opening off the central hall, giving extra ventilation and light, was one that remained popular until well into the 20th century. The the sandstone for the building came from Closeborn Quarry.