A Category B Listed Building in Lower Braes, Falkirk 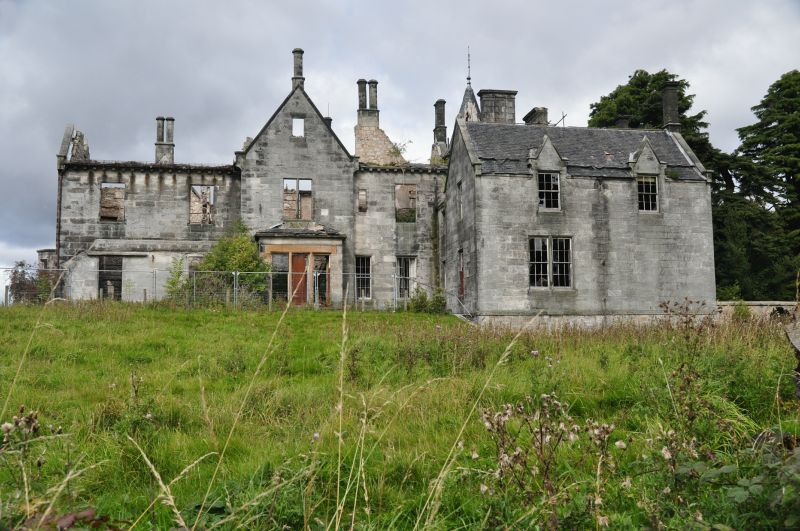 Originally known as 'Laurence (or Lawrence) Park', but with both names appearing on a map dated 1922. The Thomas Hamilton attribution comes from a group of drawings exhibited at the Academy in 1828, the group included Cumstoun House with ribbed vaulting to canted window ceilings similar to Lathallan House. Sadly, Hamilton's architect's drawings are lost. Thomas Hamilton and William Burn were the first Scottish members or RIBA, they were elected in 1835. Hamilton is famous as a pioneer of the Greek Revival in Scotland, and his works include The Royal High School, Edinburgh (1825), Cumstoun House (1828) and Falcon Hall, Edinburgh (c1830). Much of the fine detail of Lathallan House has been vandalised, but the present (2003) owner was raised in the house and many of the interior details given above are from his memory of the rooms as they once appeared. The house was purchased, fully furnished, by his step-grandfather for the sum of #5,000.

A photograph at the RCAHMS shows the porch with a segmental-headed panel incorporated into the shaped gable. The Walled Garden, Ivy Cottage and Power House are all listed separately in a B Group with the house.