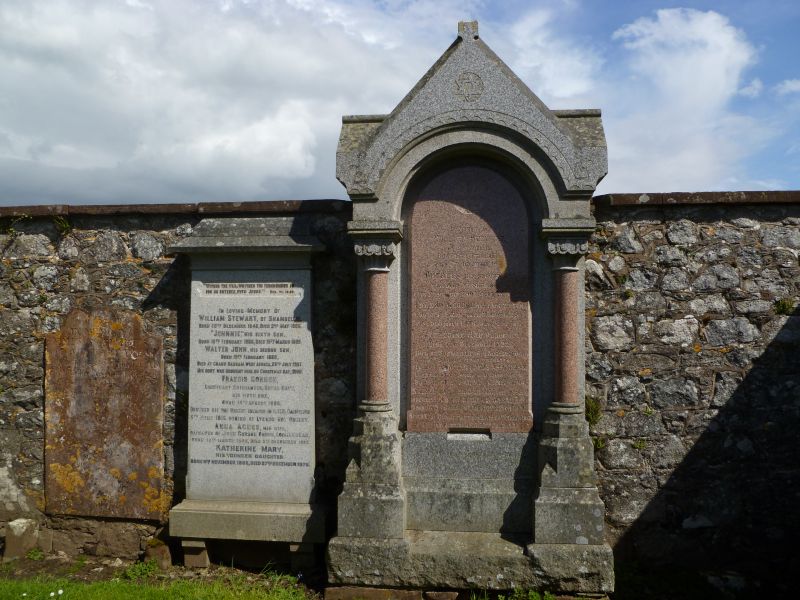 Cemetery to NE of Sweetheart Abbey including tombstones and Stewart family enclosure.

Only the cemetery is included in this list. Sweetheart Abbey and the boundary walls of the cemetery are Scheduled Ancient Monuments. The cemetery contains many interesting gravestones. The majority are large upright slabs, but there are a number of crosses, obelisks, large classical stones, and table-shaped tombs. It is interesting to note that the majority of the older stones bear traces of limewash, and a few are still fully limewashed. Before the twentieth century it was common to lime-wash gravestones in order to protect the stone from weathering.

The Stewarts were the local landowners, and lived at Shambellie house on the other side of the village.