A Category B Listed Building in Dumbarton, West Dunbartonshire 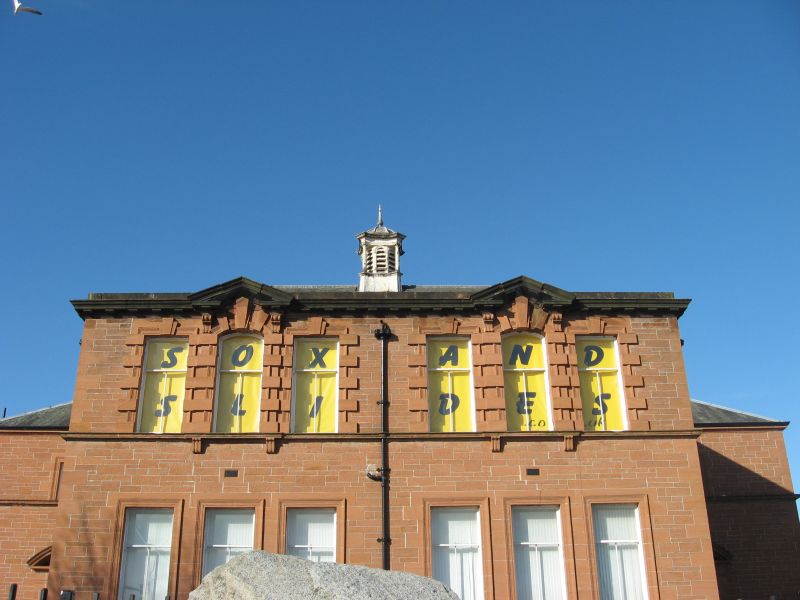 Milton Primary School is an excellent example of an early 20th century school building with details such as the unusual entrance detail and baroque ventilator spire adding interest to the relatively conventional layout. The survival of the fine interior details and joinery is exceptional and the school retains all of the original railings and boundary walls, with good decorative wrought iron gates.The school also makes a significant contribution to the townscape of Milton.

Glasgow architects John Stewart (1870-1954) and George Andrew Paterson (1876-1934) were responsible for the design of the school. Other well-known buildings by the practice include Maclaren High School, Callander, 1907 (also listed), and housing at Anniesland Cross 1908-10 and at East King St., Helensburgh, 1936. The practice also designed a number of churches such as Netherlee Parish Church in Cathcart, 1933. The builder at Milton Primary School was Mr. Winton of Duntocher and the stone used was Corncockle sandstone. It appears that the school may have been designed to be larger, with another classroom to the rear.

Milton Primary School opened on the 29th of May 1905, replacing an earlier school to the East of the village (still surviving) which had been in operation for some 40 years.