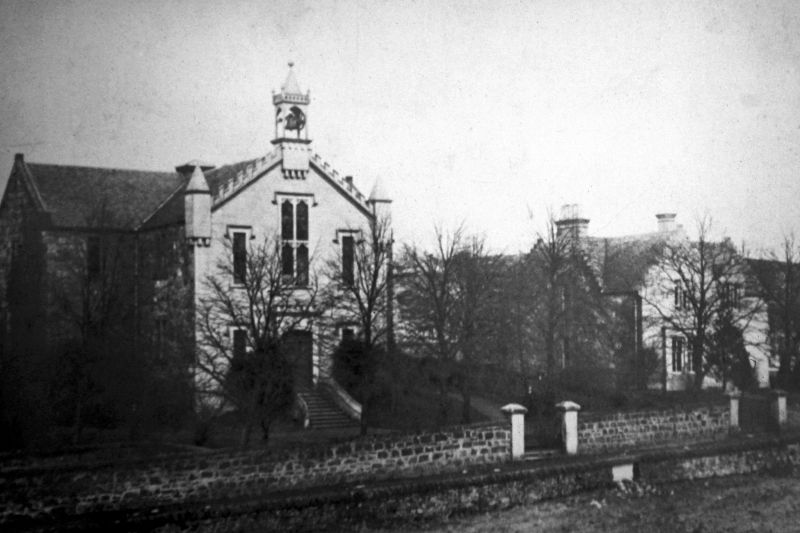 A well-detailed church, in a prominent location. Sitting next to the original Free Church manse (to E), this building forms a good group of historic buildings near Hardgate Cross. Early 19th century buildings of Strang's Lands and Haldane's Lands (now Park View) are also found near the Cross. The church is set on a raised site, formerly surrounded by dam water which serviced the local wool and cotton industries during the 19th century. A bellcote formerly rested on gable apex to the S principal elevation and the corner bartizans held tall stone pyramidal caps. In 1900, the church was known as the United Free Church; in 1929 it became a Church of Scotland. The building ceased being used as a church in 1958. Latterly the building was used as a hall and is presently unoccupied (2004).