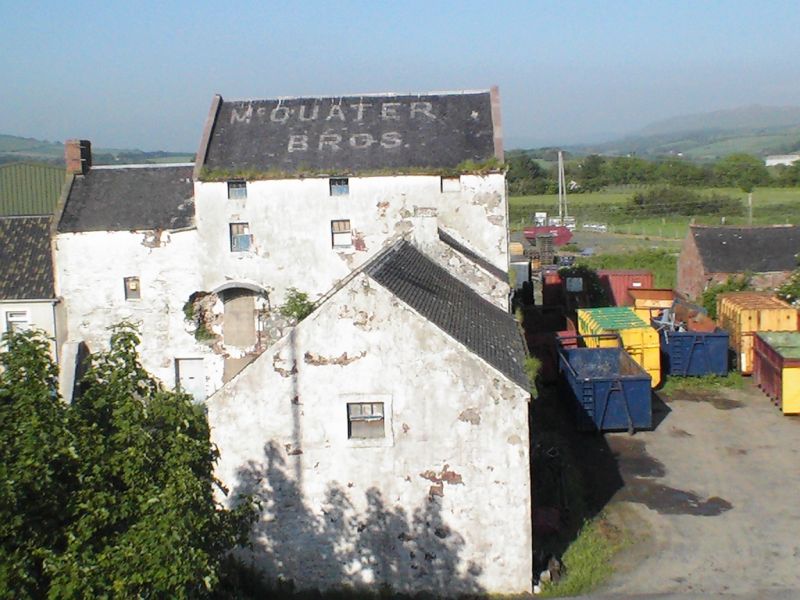 This was one of the most advanced corn mills in Ayrshire. It is marked on John Thompson's map of 1828, but was probably rebuilt in the mid 19th century: the layout shown on the 1st edition OS map has not changed very much. The mill was powered by water from the River Girvan driving a large breast paddle wheel. There were four pairs of mill stones, three driven in the usual way; the fourth pair were driven with overhead bevel pinions, a very unusual practice that involved suspending the top millstone from its drive shaft. The height of the building allowed large hoppers to be used. The kiln was used to dry the corn and oatmeal. The machinery was removed from the mill in the 1960s. Although this mill is of regional importance, it is listed at C(S) because of its delapidated condition.