A Category A Listed Building in Shotts, North Lanarkshire 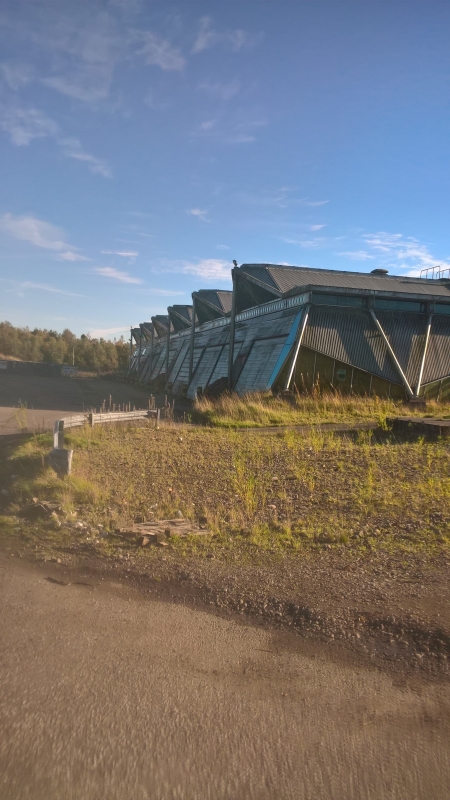 Find accommodation in
Kirk of Shotts

The building is considered to be one of most significant and important examples of large industrial buildings in later 20th century Britain and is ABK's principal work of the 1970s in the United Kingdom. The former Cummins plant is a notable example of the emphasis of design in industry during this period, revitalising the concept of the usual industrial shed. It is recognised as a model of Rationalist/ Functionalist Modern architecture. The building was designed through a lengthy and considered consultation process between client, employees, the Scottish Development Agency, engineers and architects, resulting in possibly Scotland's only ergonomic factory building. The building was designed in the collaborative spirit of contemporary industrial building projects such as for Volvo in Sweden, but is wholly unique in form and specific to the production of diesel engines, embodying the earlier disparate forms of the existing buildings into a new unified whole. Through this collaboration, the architects gained detailed knowledge of all aspects of production and created a sense of investment and participation of the workforce. For example, the elevated access gangways provide direct and safe access to the building and to specific areas such as lockers and toilets serving adjacent work areas. At Shotts, the architects achieved visual excellence with innovation in the steelwork and economy in energy consumption. The various elements of the building are well- integrated, combining the original factory with the new units through the uniformity of cladding and

The US based Cummins Engine Co Ltd (of Columbus, Indiana) was recognised as an enlightened client and had previously commissioned high profile architects to provide creative design solutions to otherwise functional buildings. The US architectural practice Roche and Dinkeloo were responsible for the recently listed Cummins's Component Plant in Darlington, England of 1966-1967. Kevin Roche recommended Ahrends Burton & Koralek to Cummins in late 1975 when the company required additional office space to be added on to their existing building in Shotts, a former textile mill converted for the company's purposes in 1956. The plant at Shotts was the first of Cummins's manufacturing facilities to be established outside the USA and provided diesel engines mainly to coach and railway companies. Peter Ahrends of A B & K first suggested to Cummins that his practice provide a development plan for the site taking into account possible manufacturing expansion and new production techniques. The entire redevelopment of the site was agreed and Peter Ahrends, Paul Koralek and Paul Drake provided the strategic general arrangement. Paul Drake became project director and he and Ahrends worked together on the design, in close collaboration with Ove Arup & Partners and James Hope of Landesign Group, Broxburn, until completion in 1983. Cummins Engine Co Ltd terminated its lease in Shotts in 1998.

Ahrends, Burton and Koralek have had a central role in British architecture since the early 1960s and by the 1970s were critically acclaimed as one of the most creative and versatile of Britain's younger architectural practices. Established since the late 1950s, Ahrends, Burton & Koralek have garnered several awards and a number of their buildings in England and Ireland have received statutory listing. These listed buildings include the Berkeley Library, Trinity College, Dublin; Chichester Theological College, Chichester; Templeton College, Oxford; Keble College, Oxford; Maidenhead Library, Maidenhead.