A Category B Listed Building in Hamilton, South Lanarkshire 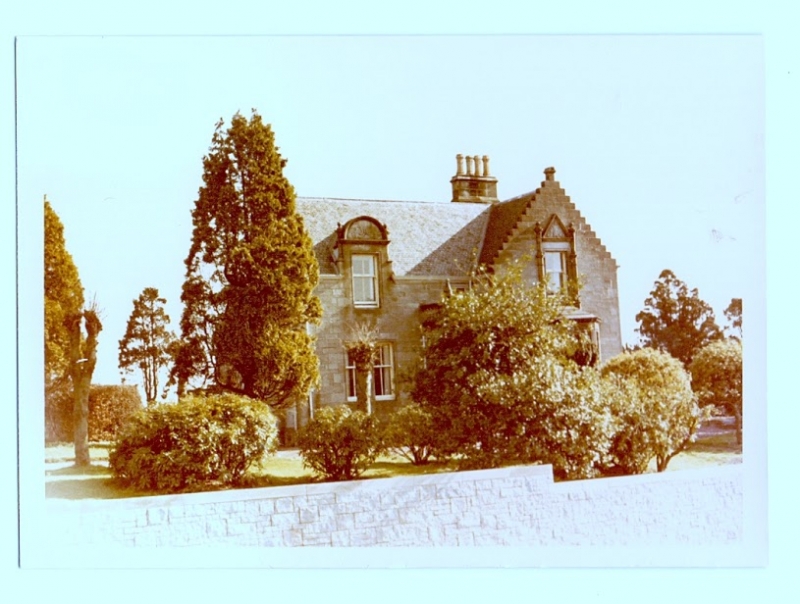 A very well-detailed villa, formerly on the estate of Earnock House and believed to be by the prominent Glaswegian architect, William Leiper who designed a large extension for Earnock House. Earnock Cottage is now surrounded by mid-late 20th century housing, so serves as an important reminder of the history of the area. The original purpose of Earnock Cottage is unknown, but its relatively large size indicates that it may have been built for the estate factor.

The Earnock estate was purchased by John Watson, owner of the Earnock Colliery, in about 1871. He made various improvements to the estate, including extending Earnock House and building a number of cottages and farm buildings. The extension to Earnock House was designed by William Leiper in 1876, and the other estate buildings (including this one) are in a very similar style, and almost certainly also by Leiper. The other estate buildings known to be in the same style included the stable block, Torheads Farm, a game-keepers cottage at Neilsland, Derrickbank Cottage (former estate laundry), and Earnock Cottage. It is likely that there were other buildings as well. All these buildings apart from Burnhouse and Earnock cottage have been demolished, which means that Earnock Cottage now has considerable importance as one of only two surviving examples of a fine group of estate buildings almost certainly by Leiper. Old photographs of Earnock House, its stable block, Neilsland Cottage and Burnhouse are to be found in the book by John Watson, which is held at the Royal Commission library (NMRS).

John Watson was described in an article in the Glasgow News (and copied in his book) as 'perhaps the most extensive colliery owner and worker in Scotland and Earnock is only one of his collieries' The article also noted that Earnock was considered at the time as a model colliery as the principal seams were lit by electric light and carried telephone communication with the pit-head office.