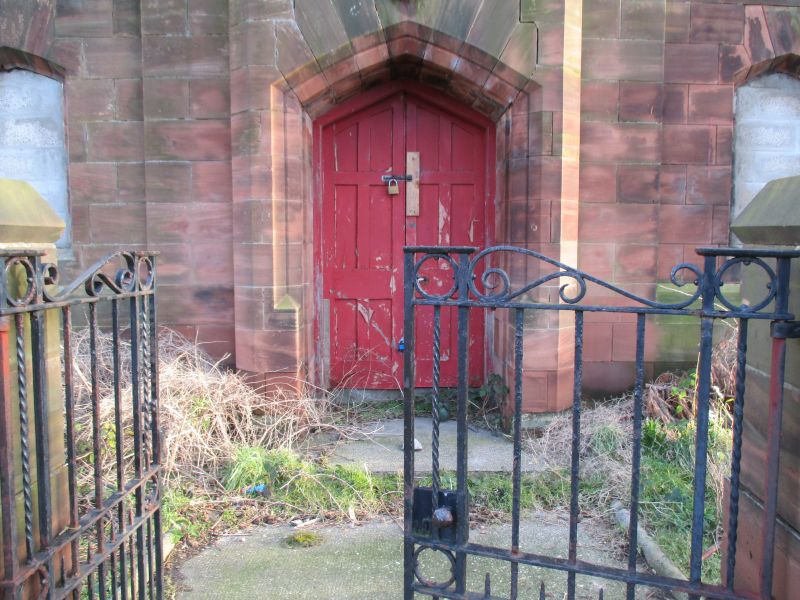 East elevation: similar to west elevation in mirror image, but minus the belltower. Hall has canted bay to centre (originally apse), with later lean-to at ground floor.

The former Denbeath Parish Church is prominently situated on a corner site in an area of Denbeath developed by the Wemyss Coal Company. This new settlement was required because the original coastal settlement of Links of Denbeath between Buckhaven and Methil was gradually subsumed into the Company's expanding Wellesley colliery from 1906. Some housing was designed by the Wemyss estate architect Alexander Todd in a version of the Fife vernacular that may be termed the 'Wemyss Style', and prominent at East Wemyss, Coaltown of Wemyss and West Wemyss. Although a relatively late part of the development, the former Parish Church is one of the key buildings in the area, similar in cultural importance to the nearby Primary School in Barncraig Street (G C Campbell, 1906-7) and Miners' Welfare Institute in Den Walk (Alexander Stewart Todd, 1924). The church's style reflects the historicist ethos introduced by Todd.