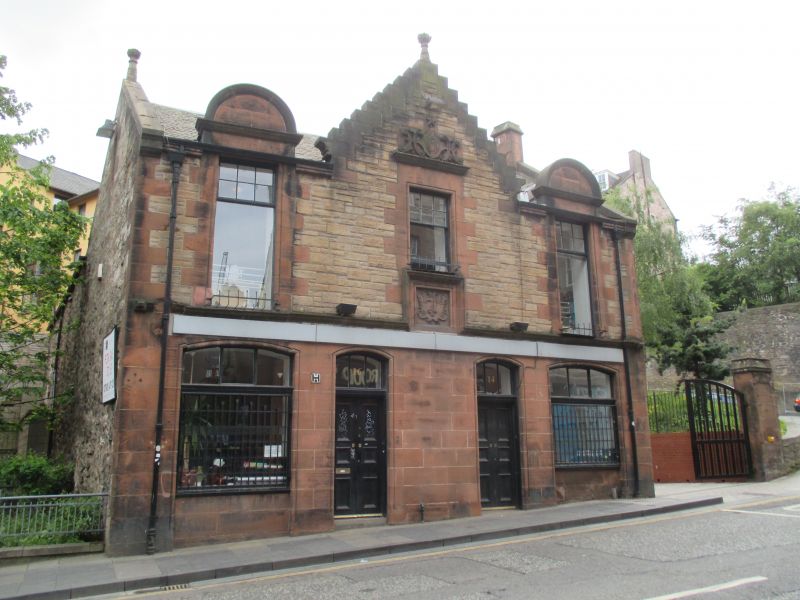 INTERIOR: not seen 2007, but believed to be substantially altered.

This is a notable example of a well-detailed late 19th century minor commercial building by a prominent Edinburgh architect. It is the only 19th century survivor in a comprehensively redeveloped area south of Holyrood Road and is of significant streetscape value. The building was built for its owner James Tait whose initials are carved on the plaque at 1st storey level. This carving is typical of carvings by Cameron, who was also responsible for the tenement at No 9 opposite (see separate listing).

In the 1890s, it appears that a campaign to widen the South Back of Canongate involved the demolition of a number of buildings and Nos 14-16 was rebuilt on a new line. Most of the rear of the building is likely to date to at least the early 19th century.

Robert Macfarlane Cameron (circa 1860-1920) was an Edinburgh architect who output included schools, churches and public houses.