A Category C Listed Building in Moffat, Dumfries and Galloway 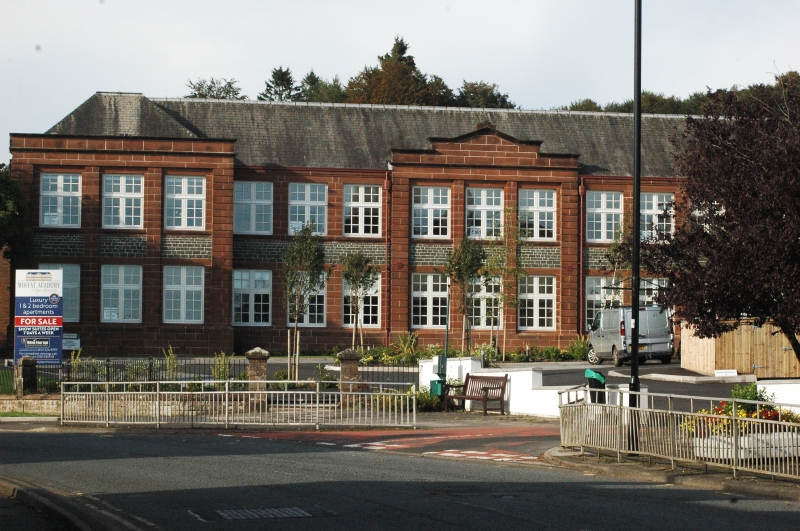 INTERIOR: sliding half-glazed timber-panelled interior doors to S-facing classrooms. Tongue and groove panelling to dado of corridors and, staircases and classrooms. Plain timber balusters to staircases. Some original cloakroom fittings. Fitted gymnasium. 1964 mural in main hall by A Little, A Cockayne, A Dempster and A McNeil

The school occupies a prominent position on the main road through Moffat near the entrance of the town and terminates the view from the N end of the High Street. Its situation and use of a combination of stone that is traditional in Moffat makes it a local landmark and it has a positive and important impact on the streetscape. The original entrances to the school were on the side elevations: there would have been separate entrances for Boys and Girls. John R Hill was the County Architect for Dumfriesshire in the 1930s. He also built the rather more distinguished 1936 Art Deco addition to Dumfries Academy. The present building stands on the site of an earlier single storey school, of which the boundary wall and gatepiers are the last surviving remnant.