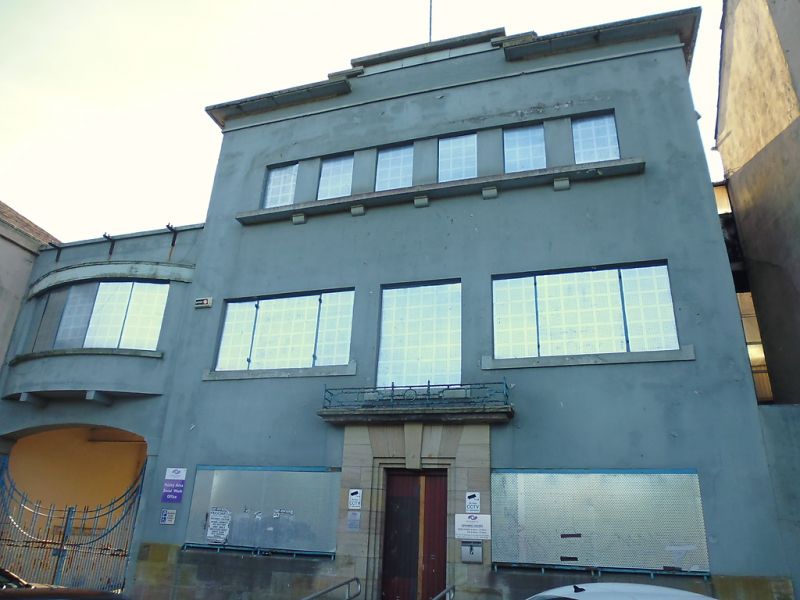 A good example of the work of J S Maitland. The principal elevation faces the River Cart, roughly opposite Paisley Abbey, and is easily visible from that side of the river.

James Steel Maitland was one of the most important architects working in Paisley in the first half of the 20th century. He had worked as principal assistant to T G Abercrombie (another leading Paisley architect) from 1920, became a partner in 1923 and continued the practice after Abercrombie's death in 1926. He designed a large number of buildings in Paisley, which at this period were distinguished by their well-proportioned slightly Art Deco facades and bands of horizontal glazing. Other examples in a similar style are numbers 35 and 50 High Street. His most famous building is the Russell Institute.

The office building was built for J Kirkpatrick and Son, electrical contractors. The bridge link was added in 1949.

The arched-window section is the truncated remains of a mid-19th century warehouse or industrial building that is marked on the 1st edition OS map (circa 1864).